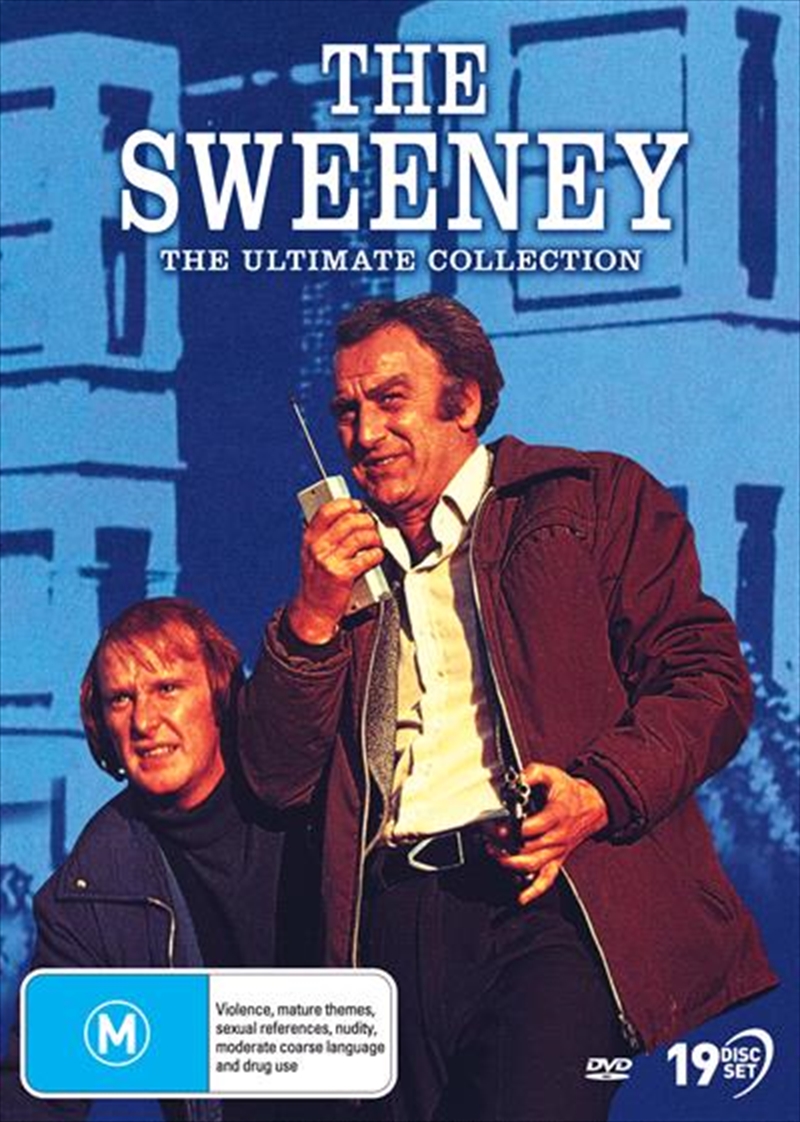 Shipping - See delivery options.
Postcode:
Quantity:
SEE MORE IN:
New Release DVD & Blu-ray New Release Television
DESCRIPTION
THE SWEENEY is the Flying Squad. It is a name derived from Cockney rhyming slang (Sweeney Todd... Flying Squad), used by police and underworld alike to refer to this highly mobile force of top London crime-busters, whose job centres on major crime and its masterminds. Increasingly involved with the 'organised crime' mobs, the Squad's brief is to dig deep into the underworld fraternity for the information which will enable them to prevent the committal of crime or lead them as quickly as possible to its perpetrators. Considered the ultimate 70s police drama, launching the careers of John Thaw and Dennis Waterman, THE SWEENEY is still regarded as one of the most successful, popular and influential action series made for television. With its tough, realistic, warts and all portrayal of violent criminals and no-nonsense approach to policing, D.I. Jack Regan and D.S. George Carter explode onto DVD in this ULTIMATE COLLECTION - bringing together all 4 digitally restored series, the 2 big screen feature films Sweeney! and Sweeney 2, and the largest collection of Special Features ever assembled.
DETAILS