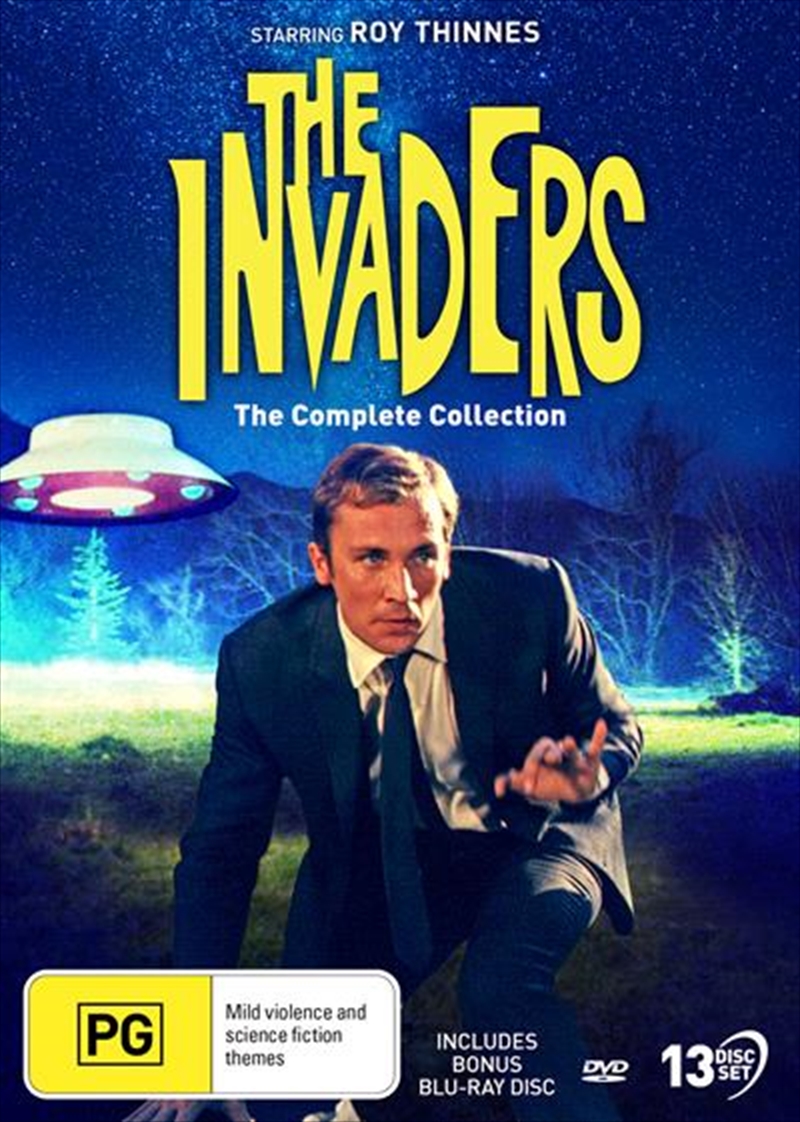 Architect David Vincent (Roy Thinnes) has stumbled upon a terrifying secretaliens from a doomed planet are infiltrating the Earth. After witnessing their spaceship land, Vincent tries to warn the authorities, who believe hes crazy or have already been compromised by the Invaders, who take on human form. As Vincent learns more about the aliens and their plans to take over the earth, he becomes their greatest threat. Now a target of the aliens, our hero, along with believer and millionaire Edgar Scoville (Ken Smith), races to stop the invasion and save the human race. From the producers of The Fugitive, Cannon and Streets of San Francisco, The Invaders - The Collection, features all 43 episodes of the original, suspense-filled series, plus special features and commentary by the series creator.
DETAILS