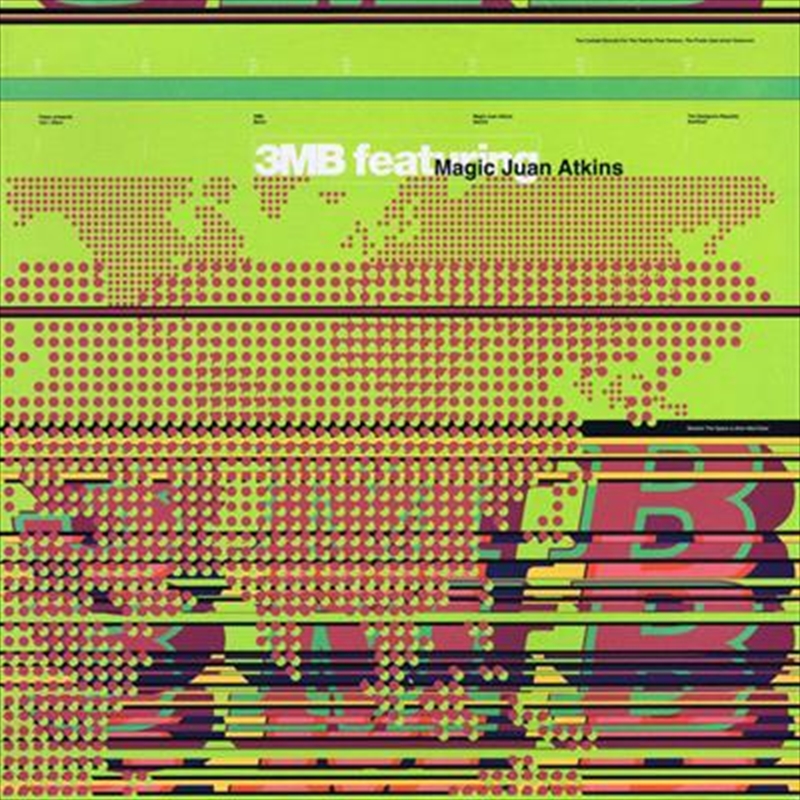 Tresor Records reissue a classic from the early catalog, 3MB featuring Magic Juan Atkins. Initially released in 1992, Juan Atkins joined forces with Moritz von Oswald and Thomas Fehlmann, for the second iteration of the latter duo's 3 Men in Berlin project, producing a monumental collaboration between Berlin and Detroit that profoundly affected the path forward for techno music. The impact this album holds is evident in how it elevates beyond a singular or separable representation of its origins. Instead, it resonates through a collaborative nature that reflects its inherent melting pot. Where hints of each member's sound -- Atkins's mangled and bouncing funk, von Oswald's purist echoes and foundation rumblings, and Fehlmann's ambient meshes -- may be heard coalescing in a slipstream, and at other times tussling in fervent unfoldings. It may be almost 30 years old, but it remains deeply innovative at its core -- folding and warping, unrelenting from its vision. Densely packed is a propulsive drive of discordant bubbling and jazz-induced textures. Featuring much-beloved tracks such as "Jazz Is The Teacher" and "Die Kosmischen Kuriere", Atkins, von Oswald and Fehlmann forming an emission bound together as a mould of metropolis navigation. Be it amid destructed realities harboring the bleakest of nights, or long-lensed sci-fi visions, joining dots between the position of the feet and the head. The flanging pads and chirruping percussion of "Jazz Is The Teacher" lead in a moment in dance music that is as legendary as iconic, shifting into terrains far-out, receiving astral missives then rendering them to groove. Laidback, soulful and affective, it equals ultra-funky, interstellar techno that, once heard, leaves us never quite the same. Double LP version comes on 180 gram vinyl; includes download code.