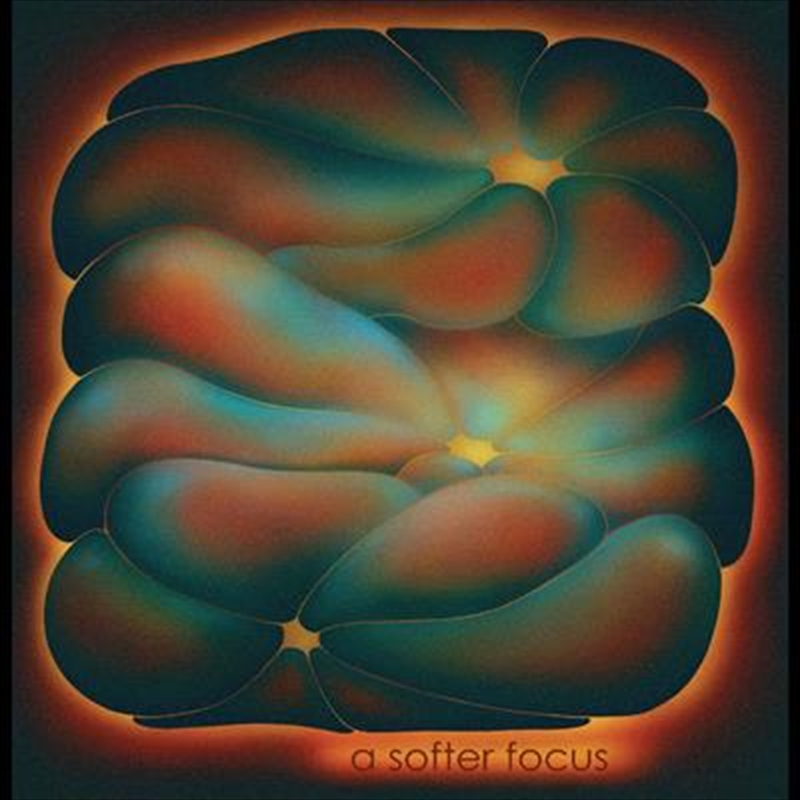 Experimental musician Claire Rousay and visual artist Dani Toral have been in each others’ orbit since young adulthood in San Antonio, but it took a decade for them to find A Softer Focus. Before Rousay had put her compositional gray matter to task for the album’s music, she knew she wanted to work with Toral- being familiar with her past work centering her Mexican heritage. Toral’s vibrant color palette and reinterpretations of comfort in oneself and the natural, vegetative world connected easily with her explorations in communication and intimacy. Historically, Rousay primarily operated in non-melodic experimental music, sculpting compositions from obsessive field recordings, inserting voice-to-text, percussion played via text message sounds, conversations, and daily life. By contrast, the six-song collection and collaborative project A Softer Focus is lush and almost entirely melodic, even veering into pop at a couple points.

Though Rousay created the album’s recordings, Toral created the artwork and visual narrative for the album - the recurring floral motifs and designs, the photography, the video work, and the ceramic whistles that accompany a special edition of the vinyl record. She also assisted in crafting the linguistic framework, assisting with song titles, and coming up with the name of the album - “A Softer Focus” became the album’s central motif, alluding to the meditative or recollective-dream state of creating. Toral, being primarily a painter and ceramicist, took on this challenge of working digitally to create a visual language accompanying the music. She wanted to explore the feelings of present familiarity she felt with Rousay, through warm light and glow while mimicking the flow of the music using her organic soft shapes melding together and creating a portal-like entry to the album. Fittingly, the songs gently amble from one to the next, creating a syrupy, hypnagogic narrative that uses string sections, field recordings, and vocals to touch upon love, friendship, endurance, and transcendence - sounding like what living inside a brain must feel like, oscillating on how far to let its guest in.

Songs like “Peak Chroma” and “Stoned Gesture” are the closest Rousay’s gotten to pop, and are signposts of her growing compositional prowess. It’s on the third track “Peak Chroma” that the first and most wonderful surprise of A Softer Focus arises. The song begins with an airy drone that cuts out right as Rousay’s tastefully autotuned voice emerges alongside cello from Chicago musician Lia Kohl. “Stoned Gesture” also boasts autotuned vocals, though it is a more overtly melancholy composition, perhaps even dirge-like while Rousay brings in field recordings of percussive fireworks that dart around another of clinking ice in a glass.

A Softer Focus is an exciting next step for both Rousay’s compositional practice and Toral’s visual work, showcasing both artists venturing into new territories, and coming out the other side with strengthened friendship and impactful creation. It’s a testament to their trust, playfulness, and candor that we’re allowed to come along for the ride.

6 a kind of promise