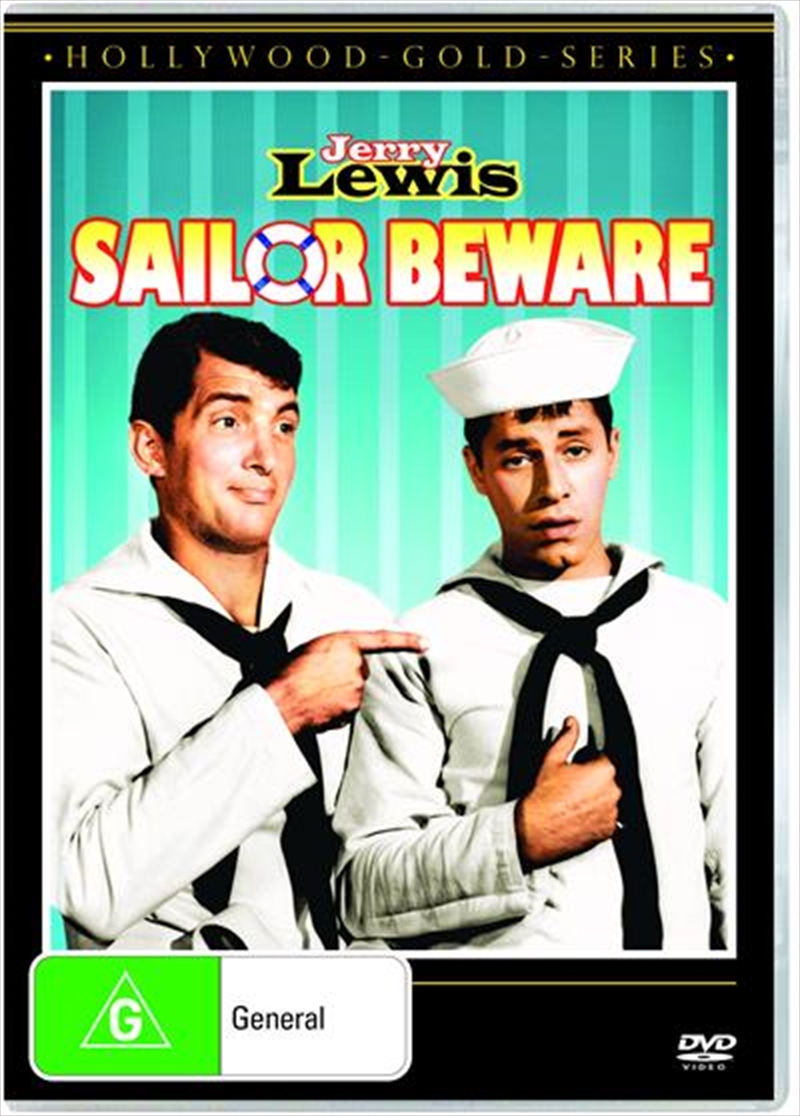 Anchors aweigh! Prepare to set sail for hilarity on the high seas as the fabulous screen duo of Dean Martin and Jerry Lewis star as a couple of swabbies who sign up to serve their country and nearly sinkthe Navy in the process. Yes, the fleets in and everything is out of control when Al (Martin) and Melvin (Lewis) enlist as sailors hoping to cruise through their military service - only to find themselves in way over their heads. Its oceans of side-splitting fun as the boys make waves while bumbling through their basic training, learning the ropes of boxing, inflating a life raft inside a sub, or chasing pretty girls in every port ocall. Heres a sensational, song-filled comedy featuring the very first screen appearance by legendary actor James Dean!
DETAILS