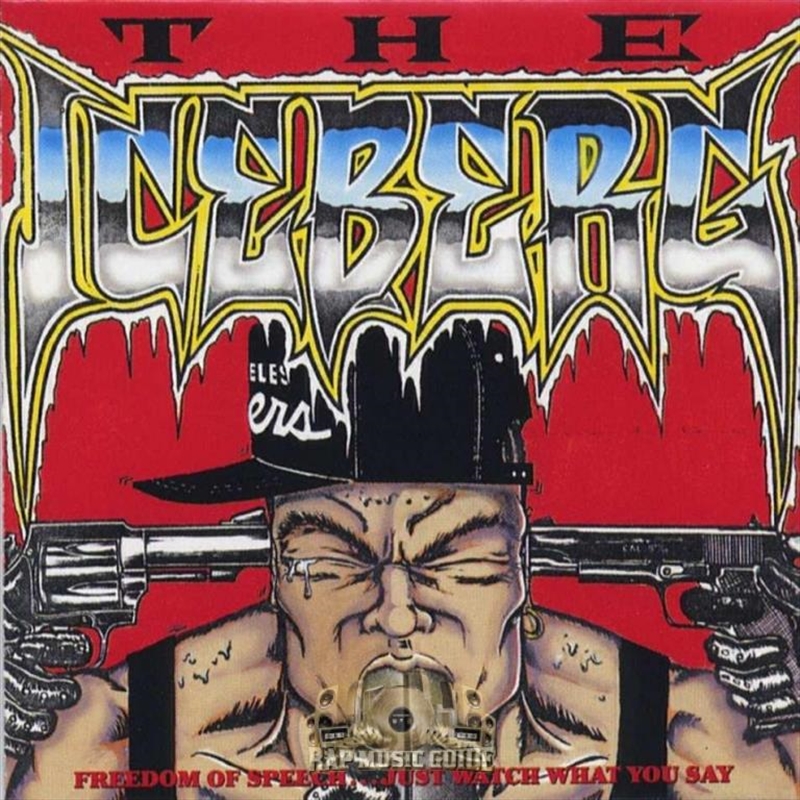 The Iceberg/Freedom of Speech... Just Watch What You Say is the third studio album by rapper Ice-T, released in 1989. The album has an uncharacteristically gritty sound, featuring some of the darkest musical tracks that Ice-T ever released. Instead of focusing heavily on gangsta rap, Ice-T made First Amendment issues the album's dominant theme. Setting the album's tone is the opener "Shut Up, Be Happy", featuring Dead Kennedy's Jello Biafra. There are a few examples of first-rate gangsta rap - including "The Hunted Child" and the chilling "Peel Their Caps Back" as well as some humoristic raps on "My Word Is Bond" and "The Girl Tried to Kill Me". The Iceberg/Freedom of Speech... Just Watch What You Say is now available as a limited edition of 2000 individually numbered copies on transparent red coloured vinyl.