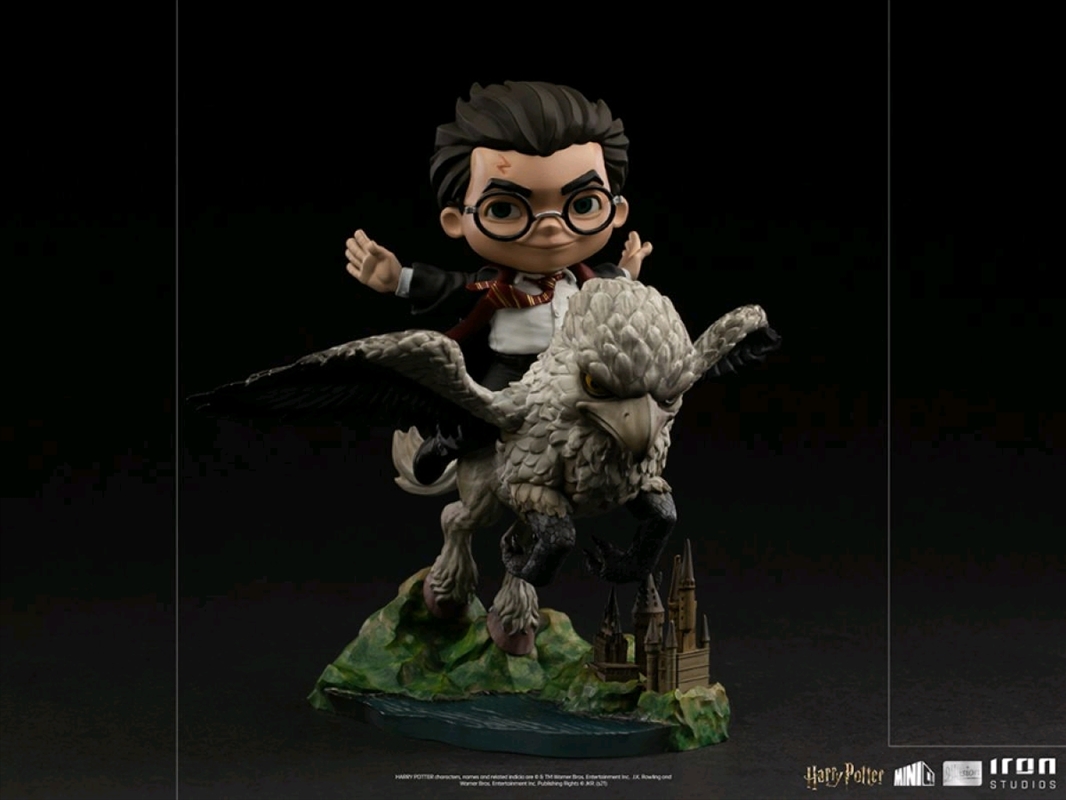 Flying low over Hogwarts, Harry and Buckbeak arrive in the MiniCo Illusion style from Iron Studios!

In his first lesson in dealing with magical creatures in the film “Harry Potter and the Prisoner of Azkaban”, Potter creates a bond of friendship and respect with the imposing Buckbeak, a hippogriff, a fantastic mythical animal with wings, claws and the head of a griffin (like an eagle) and body and hind legs like those of a horse, a proud creature that surrenders its total confidence to those who treat it well, realizing this, its friend and protector the gentle giant Rúbeo Hagrid impetuously places Harry on Buckbeak’s back, who rides and soars through the cloudy skies with a beam of sunlight illuminating the towers of Hogwarts Castle and the surrounding Forest plains.

With Harry with open arms expressing enthusiasm, joy and freedom, this scene is replicated in the “Harry Potter and Buckbeak Statue – Harry Potter – MiniCo Illusion – Iron Studios”, with the young apprentice wizard riding on his new friend and mascot in the new line “MiniCo Illusion”, where the figures are elaborated in a unique perspective on a base in the form of a miniature diorama scenario.