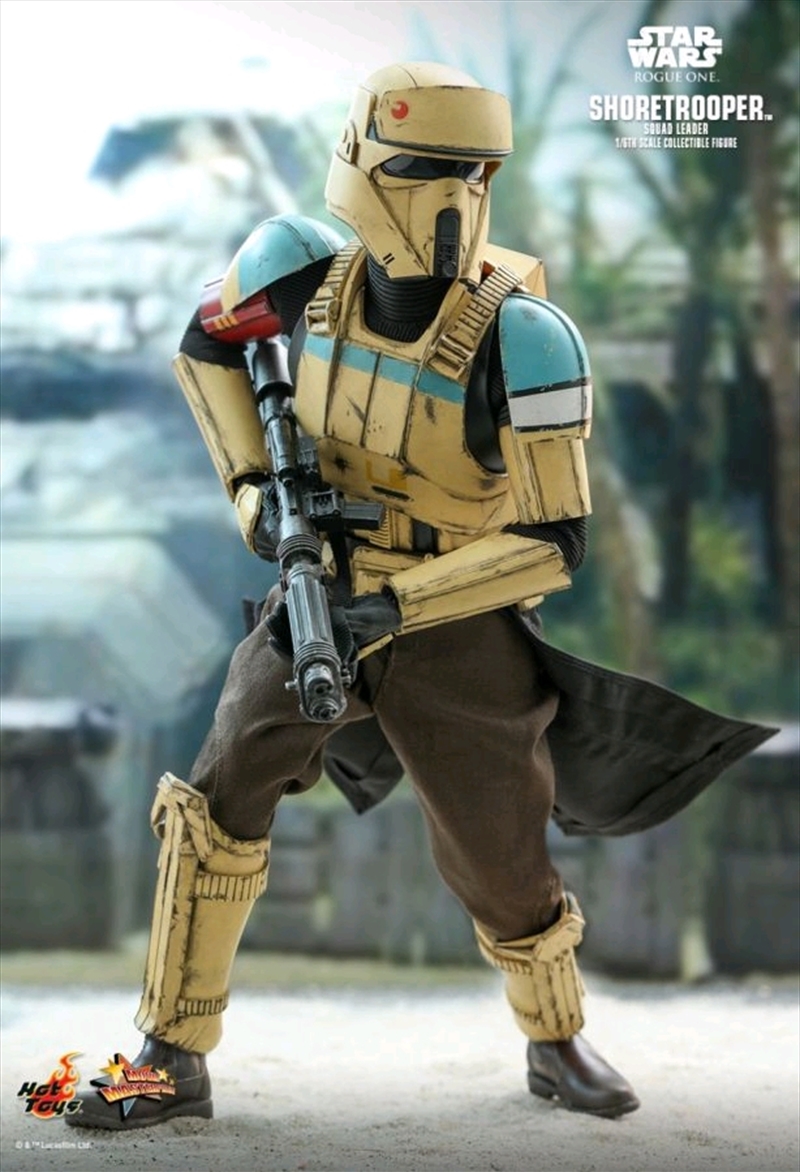 Specialist stormtroopers stationed at the top secret Imperial military headquarters on Scarif, Shoretroopers patrol the beaches and bunkers of the planetary facility.

Today Hot Toys is excited to announce the 1/6th scale collectible figure of the Shoretrooper Squad Leader as one of the latest addition to the Star Wars collectibles line up.

The highly-accurate collectible figure is specially crafted based on the image of the Shoretrooper Squad Leader in Rogue One: A Star Wars Story, featuring highly detailed helmet and armor with weathering effect, meticulously tailored outfit, a blaster rifle, detailed utility belt with pouch and a display base.

The Shoretrooper Squad Leader will be a great addition to your Imperial army!