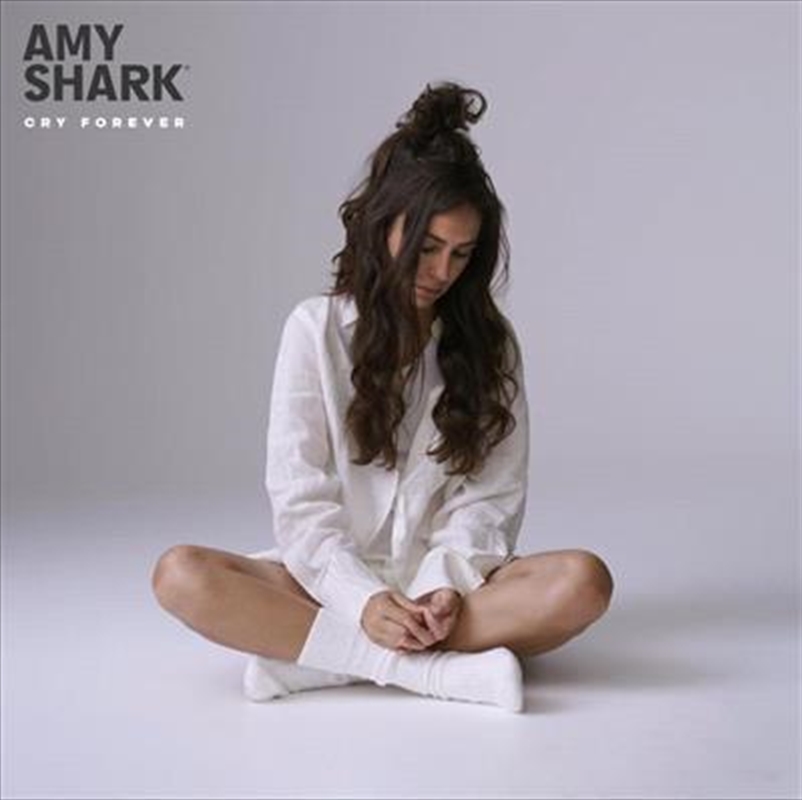 SIGNED COPY
Want to click and collect? Check store availability
All 2 for $40

SEE MORE IN:
2 for $40 Music Signed/Bonus Offers Amy Shark All 2 for $40
DESCRIPTION

Through Shark’s honest and emotional storytelling, CRY FOREVER is set to be an evolution from her debut album LOVE MONSTER, “I am now a more confident musician and person than the Amy of 2018, and I feel like I am ready to share some moments from my life that I wasn’t previously ok to talk about, ” says Shark, “These are some of the most personal and confronting songs I’ve ever written, and I can’t wait to share them with everyone.”

Amy Shark has come a long way since her breakthrough single Adore.  After bursting on to the global music scene in 2016, her 5 x Platinum single ‘Adore’ put her on the map as one of Australia’s most formidable emerging songwriters. This was followed by 4 x Platinum and number one Australian Airplay Chart hit, ‘I Said Hi’ and the 2019 2 x platinum single ‘Mess Her Up’. Shark’s debut/breakthrough #1 ARIA album and Platinum-certified LOVE MONSTER was recognised in 2018 with four ARIA awards (Album of the Year, Best Female Artist, Best Pop Release, Best Producer [Dann Hume]) and was nominated for another five. LOVE MONSTER went on to become the highest selling album by an Australian artist for 2018.

5. All The Lies About Me