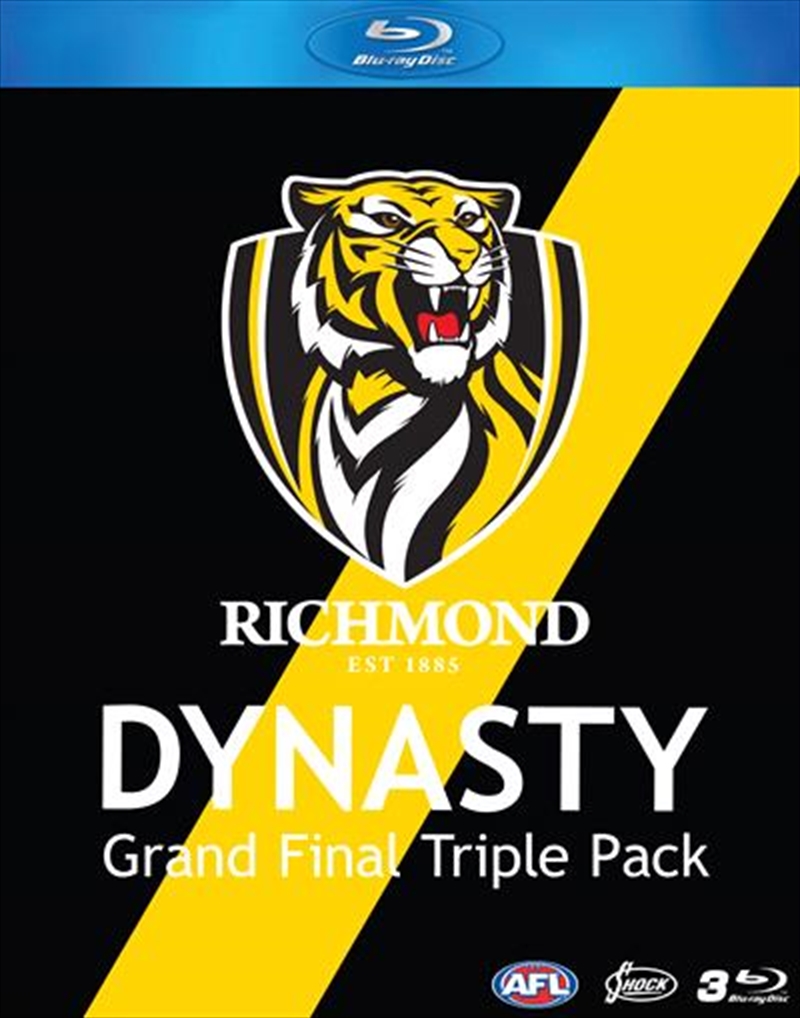 As the final siren sounded on an extraordinary 2020 Toyota AFL Premiership Season, a triumphant Tigers side had cemented their status as one of the greatest teams of the modern era with three Premierships in just four seasons. In this Grand Final Triple Pack, fans can enjoy Richmond's 2017, 2019 and 2020 Grand Final victories in full: a must-have keepsake for any Tigers fan!
DETAILS