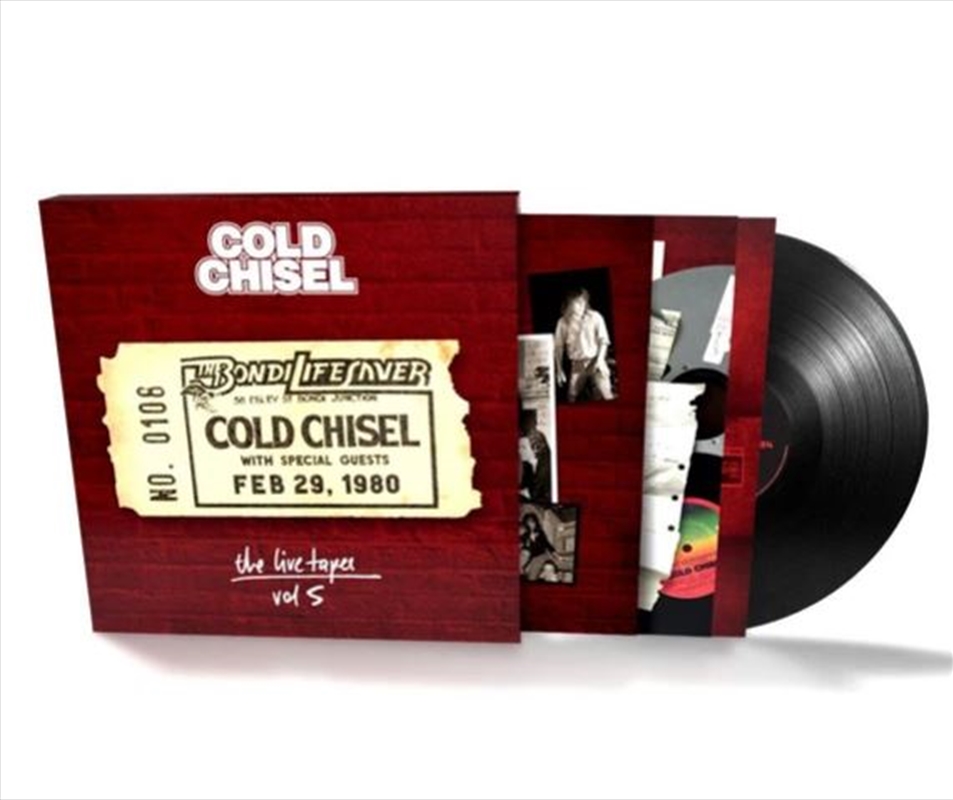 The legendary Cold Chisel have unearthed a fierce live recording from deep in their archives. Captured on two multitrack tapes on a Friday night at the arse end of February 1980, after a blinding 43 shows over 56 days, it showcases the five-piece band at a pivotal moment - just 3 days before they entered Paradise Studio in Sydney's Woolloomooloo to record their breakthrough album East.

Of particular interest to Cold Chisel fans is hearing the 7 East songs in their pre-studio form (Choirgirl had been released as a single in late 1979). Some songs were still coming together, only 3 days prior to the album recordings; parts were still being written and a couple of sections were ad-libbed. Others (Standing On The Outside and Tomorrow) reveal substantially different arrangements to what the band subsequently crafted with East producer Mark Opitz. "It's great to hear this earlier arrangement of Tomorrow. We re- worked it with Mark Opitz - and he brought a great pop discipline to the album recording sessions. But I do like this version," smiles songwriter and piano player, Don Walker.

Another then-new song is Jimmy Barnes' My Turn To Cry, the first single from Live at The Bondi Lifesaver, and it's delivered here with raw, unhinged power and emotion. “In 1980, we were fighting fit and hungry, playing every show like it was our last – and often it almost was,” laughed Barnes recently, when recounting the times. “We were still playing pubs, with the audience spilling onto the stage and the band spilling into the audience. I was living just around the corner from the Lifesaver - and probably half the audience ended-up back at mine."

The whole band is captured in killer form on Live at the Bondi Lifesaver. "I can't believe Steve and Phil's playing" says guitarist Ian Moss referencing the band's bass player Phil Small and their late drummer Steve Prestwich. "They set the whole tone here - we're just trying to keep up. Jimmy is also in incredible form, wailing and nailing everything."

In addition to the East songs, Cold Chisel tear through songs that were already becoming classics: Khe Sanh, One Long Day, Merry-Go-Round and a bulldozing take on Shipping Steel; some rarely heard gems: Rosaline, the never-before-physically-released The Dummy; and five cover songs including Johnny Kidd's Shakin’ All Over and a never- before-released take on The Yardbirds' The Nazz Are Blue.

8. Standing On The Outside