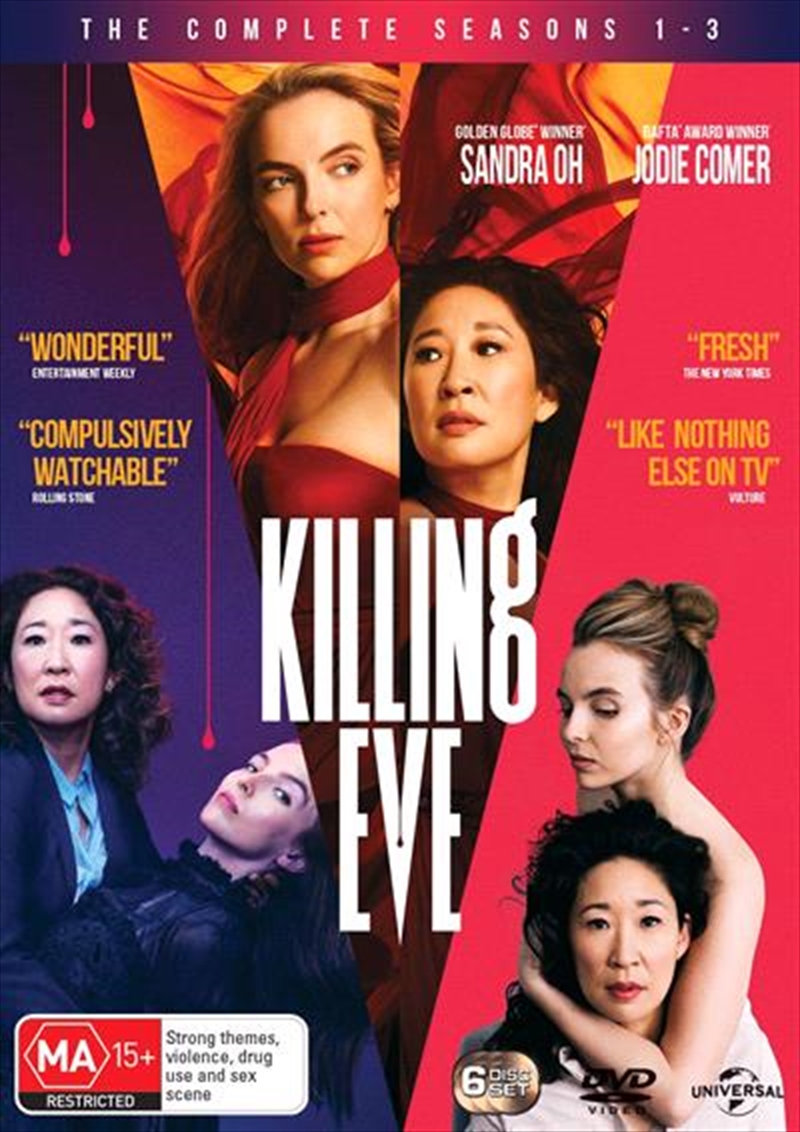 Season 1: Killing Eve centres on two women: Eve is a bored, whip smart, pay-grade MI5 security officer whose desk bound job doesn’t fulfil her fantasies of becoming a spy; Villanelle is a mercurial, talented killer who clings to the luxuries her violent job affords her. Killing Eve topples the typical spy-action thriller as these two intelligent women, equally obsessed with each other, go head to head in an epic game of cat and mouse.

Season 2: Killing Eve is a story of two women, bound by a mutual obsession and one brutal act: Eve, an MI6 operative, and Villanelle, the beautiful, psychopathic assassin that she has been asked to find. Season Two begins 30 seconds after the final episode of the first season, Eve is reeling and Villanelle has disappeared. Eve has no idea if the woman she stabbed is alive or dead, and now both of them are in deep trouble. Eve has to find Villanelle before someone else does, but unfortunately she’s not the only person looking for her.

Season 3: As the third season of the multi award-winning drama continues, Eve and Villanelle are desperately trying to live their lives without the other. Believing Eve is dead, Villanelle is bored and dangerously aimless; while Eve is hiding in plain sight trying to convince herself that she doesn’t want Villanelle to discover her. When a shocking and personal death sets them on a collision course yet again, the journey back to each other will cost both of them friends, family, allegiances… and perhaps part of themselves.