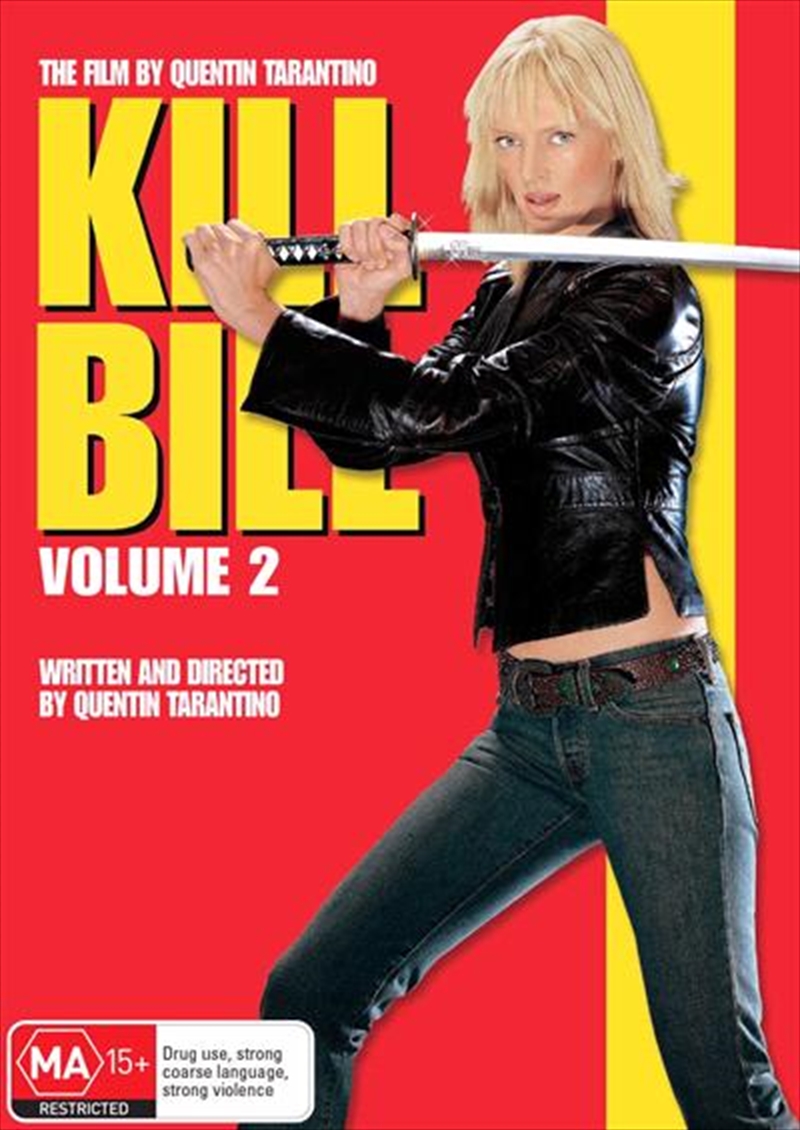 The Bride is back, working her way through the hit list she scrawled in Kill Bill Vol 1. Having already dispatched O Ren Ishli and Vernita Green, we know she has her sights set on Budd, Elle Driver and finally Bill. But the many twists and turns to the Brides journey test not only her physical prowess but her emotional stability as the story leads up to one final surprise.After dispensing with former colleagues O-Ren Ishii and Vernita Green in Kill Bill: Volume 1, the Bride (Thurman) resumes her quest for justice in the series' second installment, Kill Bill: Volume 2. With those two down, the Bride has two remaining foes on her "Death List" to pursue - Budd (Michael Madsen) and Elle Driver (Daryl Hannah) - before moving on to her ultimate goal... to kill Bill (David Carradine).
TRAILER
DETAILS