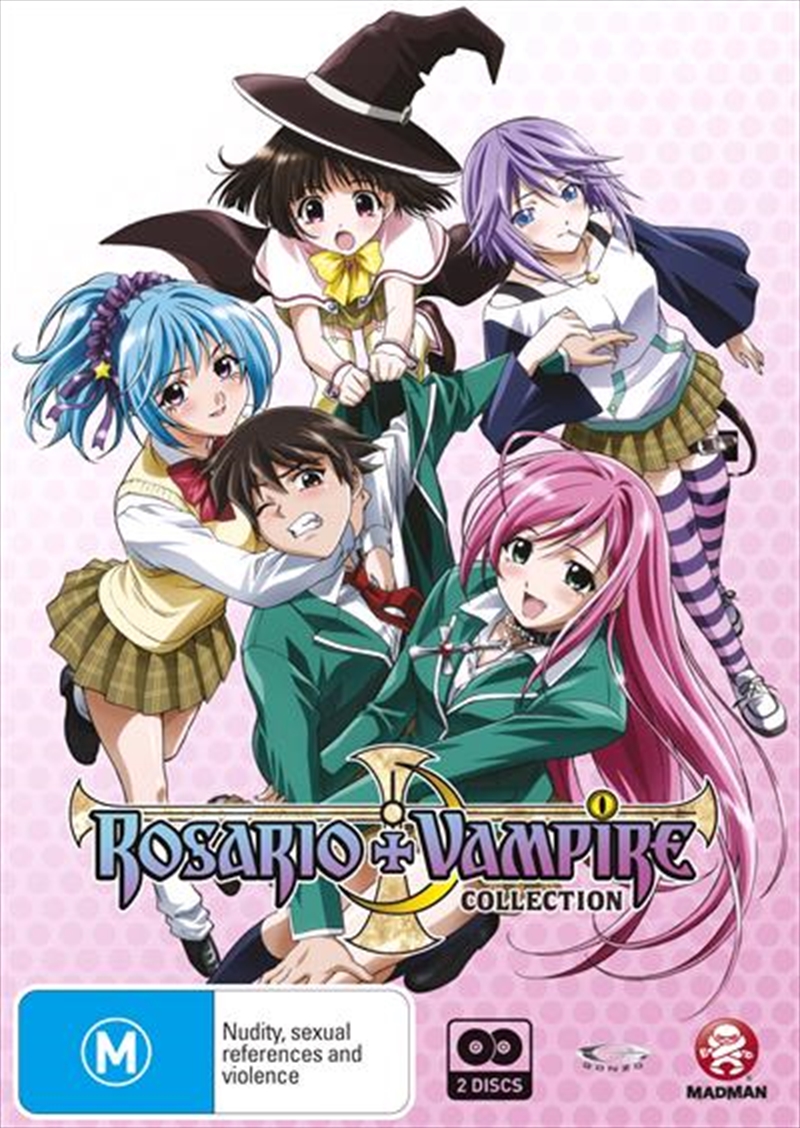 DESCRIPTION
When being human is not so normal!

Tsukune looks to be a typical high school student, but his grades are bad to the bone. Rejected by school after school, he finally gets accepted by an academy that's more than a little out of his neighborhood. Unfortunately, it's a school for monsters and Tsukune is the lone human! While forced to hide his secret, along comes a cute - but hungry - vampire girl named Moka. Beneath her cute and clumsy exterior, she too is not exactly as she seems...
DETAILS