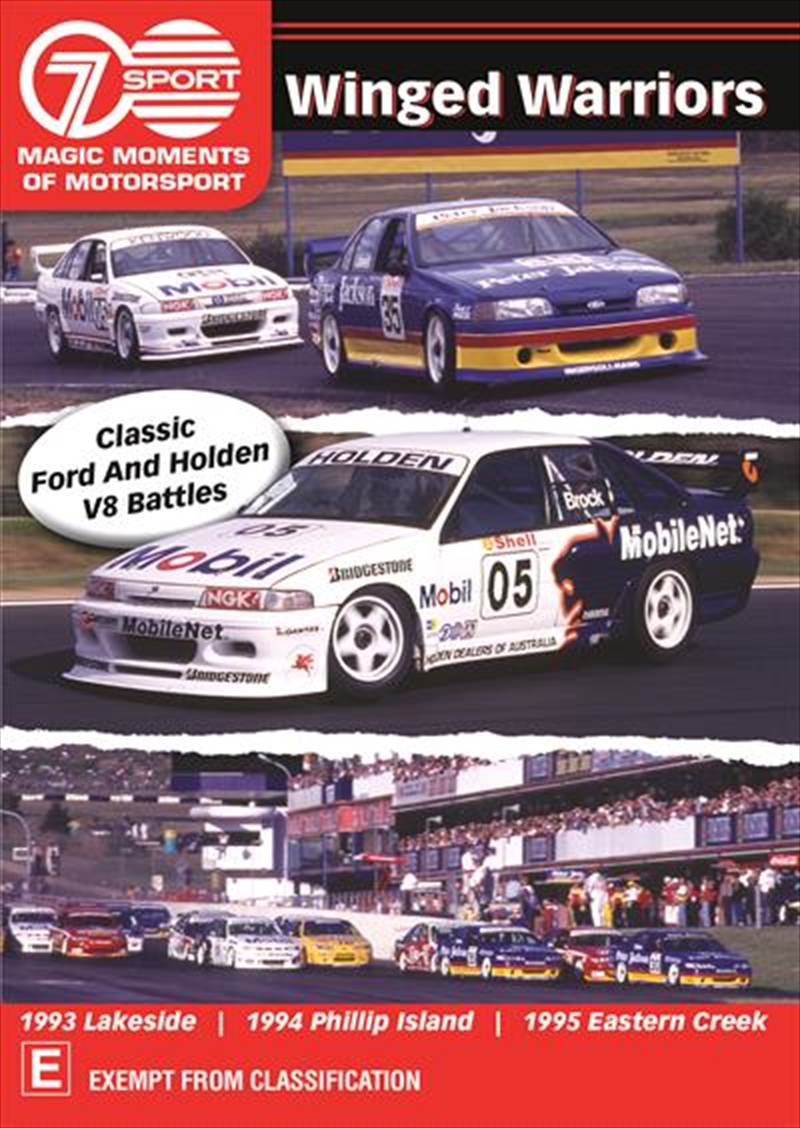 FORD and Holden have had some amazing battles over the years and, on this special Seven Sports Magic Moments of Motorsport DVD release, we take a look back at some classic fights between these two old foes in the early five-litre V8 touring car era in the early to mid 1990s. After years of various manufacturers under international Group A rules, Australia opted to go back to the future in 1993 with a rulebook underpinned by Falcon and Commodores V8s going head-to-head. We've collected three classic rounds of the Australian Touring Car Championship from this period as some of the biggest starts in motorsport slam panels, trade paint and get stuck right into one another! First up is Round 4 of the 1993 ATCC from Lakeside in Queensland where the roaring Fords of Alan Jones, Glenn Seton, John Bowe and Dick Johnson head the field in a pair of 28-lap contests. Then we take in Round 4 of the 1994 ATCC from Phillip Island where wet weather caused chaos in Mark Skaifes bid to win the first four rounds of that season in a row and reigning champion Seton ended up with the overall on a wild day of racing. Finally, we also include the action from Round 7 of the 1995 ATCC at Eastern Creek in Sydney with Bowe, Seton, Jones, Skaife and Peter Brock vying with 21 other drivers for crucial championship points. As an added bonus we've included where possible - all of the action filmed during the commercial breaks of the period, so you don't miss a second of these important races from Australian touring car history! This DVD is a must-have for your collection of Seven Sport Magic Moments of Motorsport titles, celebrating the classic Ford versus Holden battles that have underpinned Australian motorsport history.
DETAILS