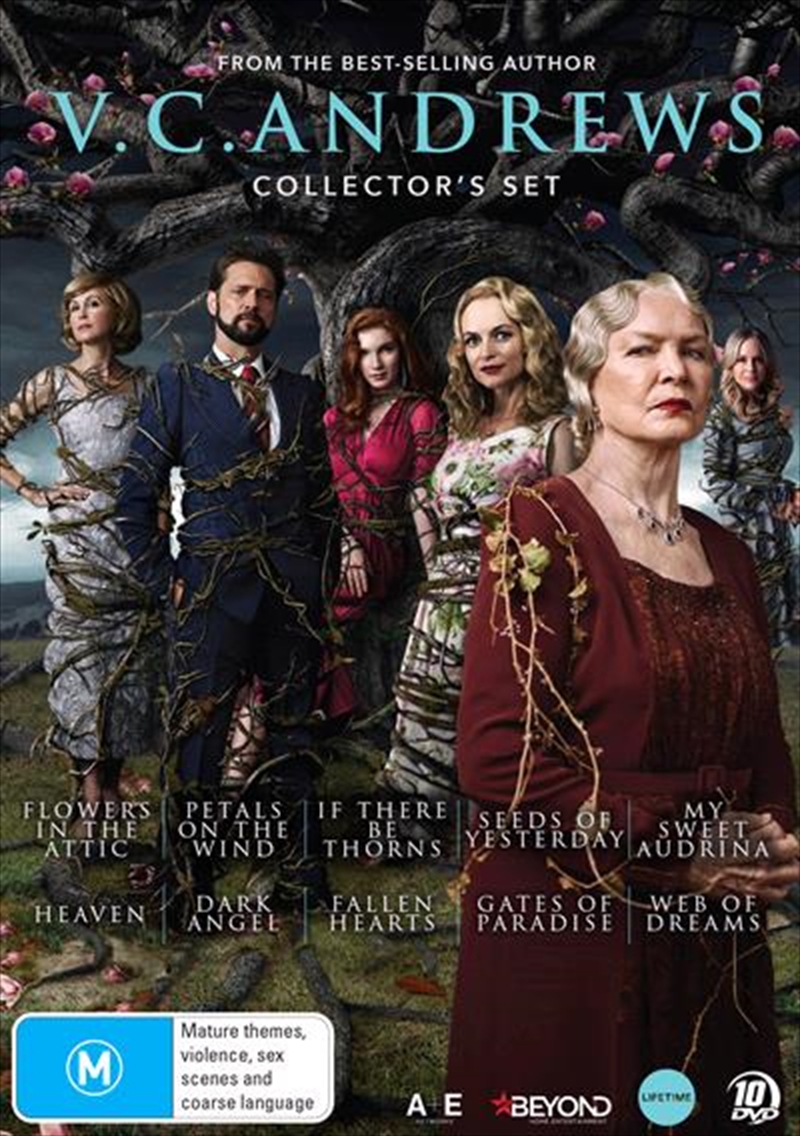 FLOWERS IN THE ATTIC - Based on the best-selling book by V.C. Andrews, the LIFETIME original movie, Flowers in the Attic, is a gothic story of four siblings who, after the death of their father, are torn from a peaceful life and subjected to abuse resulting from a dark, family secret.
THE CASTEEL SAGA - Based on the best-selling books by V.C. Andrews, these five LIFETIME original movies follow Heaven Casteel and her siblings after their father devises a scheme that threatens to destroy their dreams and separate the family forever.
MY SWEET AUDRINA - Based on one of the few standalone novels written by V.C. Andrews, MY SWEET AUDRINA is a gothic psychological thriller centring on Audrina (India Eisley, The Secret Life of the American Teenager), a young girl with an inability to recall past events in her life. Living in her family's secluded mansion, Audrina is kept out of sight and alone, and is haunted by nightmares in which she dreams of her older sister, the First Audrina, who was left for dead in the woods after an attack.
DETAILS