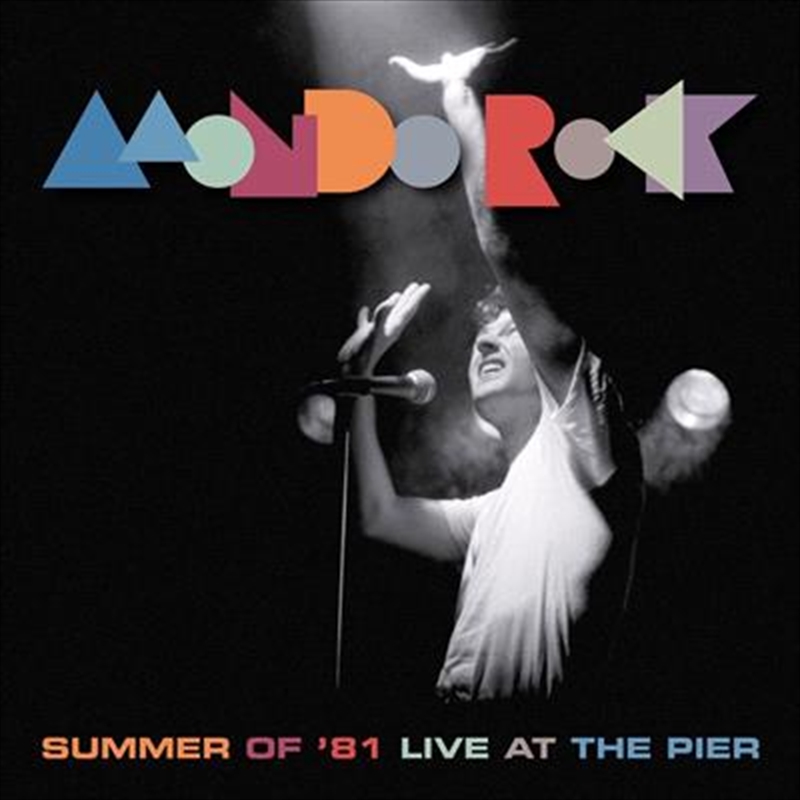 In the summer of 1981, Ronald Reagan was sworn in as the US president, Dreamworld opened on the Gold Coast, and Trevor Chappell bowled his infamous underarm delivery against New Zealand. And Mondo Rock cemented their reputation as one of Australia’s finest bands, with the release of their album Chemistry. The album hit #3 on the Australian album chart, and saw the band win two awards at the Countdown Awards: Album Of The Year and Best Australia Songwriter (Eric McCusker).

In the lead up to the release of Chemistry, the summer of 1981 saw Mondo Rock play live at Victoria’s Pier Hotel. Now nearly four decades later, the band have made the recording of that show available as an album: Summer Of ’81 (Mondo Rock Live At The Pier). It’s the band’s first ever live album release, and it captures Mondo Rock at the peak of their powers. The Pier Hotel show was one of the first Mondo Rock gigs for drummer John James Hackett, who sadly passed away last year, and the release of Summer Of ’81 is a tribute to our dear friend JJ.

Ross Wilson says, “The Pier was packed every week, EON-FM was the new pumpin’ radio station and Mondo Rock was on the rise with hit singles on the charts and a new album on the horizon. We were hot & hungry and you can hear it on this album.”

Summer Of ‘81 includes all of the hits from Chemistry, including ‘State Of The Heart’, ‘Cool World’, ‘Chemistry’ and ‘Summer Of ‘81’, plus Mondo Rock classics ‘The Fugitive Kind’, ‘We’re No Angels’, and ‘Mondo Sexo’.

Title: Summer Of '81 - Mondo Rock Live At The Pier

Tied Up In Knots - Live

State Of The Heart - Live

Searching For My Baby - Live

Step Up, Step Out - Live

Living In The Land Of Oz - Live