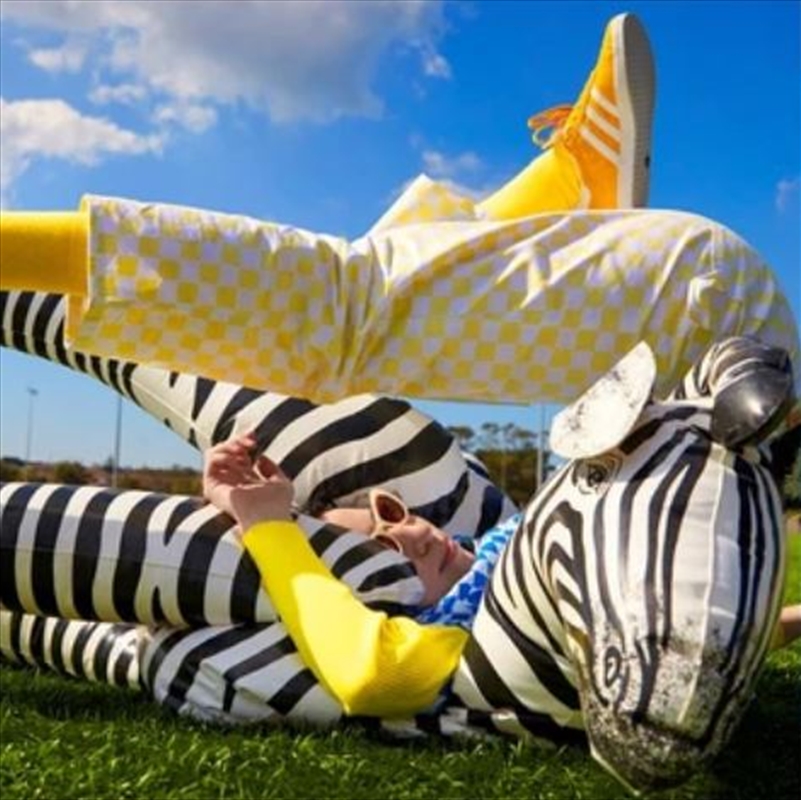 E^ST debut album "I'm Doing It" was recorded with acclaimed long-term collaborator Jim Eliot (Ellie Goulding, Anne-Marie, Halsey), and deals with heartbreak, feelings of isolation, and failure. It signals a huge leap forward in subject matter and sound from her EP releases "Old Age" and "Life Ain't Always Roses", which drew plaudits from the likes of The Fader and Paper.

Following up E^ST's 2019 bangers "Flight Path" and "Talk Deep", which became the number one most played song on triple j and earnt the 70th spot in the station's coveted Hottest 100 countdown, her first single of 2020, "Fresh Out Of Love", has received praise from music media worldwide.

Review of E^ST - I’m Doing It by Thomas Bleach

Break-ups affect us all in different ways, but the one common denominator is that they allow us to grow and evolve into the next chapter of our personal journey. But it’s ultimately up to us to how we want to channel that energy, and through E^ST’s debut album ‘I’M DOING IT’ she highlights her own process of self-healing through a raw stage of heartbreak.
This comforting collection of songs follows in the footsteps of Lorde’s ‘Melodrama’, and guides listeners through that raw emotional intensity in the most beautiful and understanding way while also finding hope within the darkness.
Beginning at the very crux of the break-up, ‘FIT FOR COMPANY’ opens the record in the full despair of what is happening in her life as she declares the lyric “I’m not fit for company". The short track glides into the euphoric sounding singles ‘FLIGHT PATH’ and ‘MAYBE IT’S ME’ which detail the break down of the relationship and the initial realisation that it’s really over. Keeping the energy high, she tries to hide that emotion from herself as she acts like everything’s okay, even if it’s for a brief moment.
But the atmosphere of the album shifts with the heartbreaking ‘FOUND SOMEBODY’ where she finds out that her ex has moved on and started seeing someone else. If you’ve ever been in this situation before, you will know just how gut wrenching and emotionally triggering it is, and this song will bring you back to that in the most cathartic way.
Soaked in minimalist synths, she has you immediately captivated by the raw emotion and then continues to get even more vulnerable on the doo-woop inspired ‘FRESH OUT OF LOVE’, and the raw piano balled ‘I’M NOT FUNNY ANYMORE’ which is her ‘Liability’ moment.
The album then takes a turn, literally, with the acoustic guitar interlude poignantly titled ‘TURN’ which describes her shift in attitude as she starts to realise that she’s going to be okay. Boldly exploding into the infectious ‘TALK DEEP’ and the 90’s punk inspired ‘NO ONE WITH YOU’, she immediately shows that shift in tone.
But even when you know things are going to get better, you still have your moments of questionable thoughts. ‘WALKING HOME IN THE RAIN’ is an example of that as she details a bad day where she was at a party, missed her train, it started raining and she ended up having to walk home in the rain. Everything seemed awful, but one thing stopped her in her tracks and reminded her that things are going to be okay, and it was all because of the power of music. With her favourite song coming on shuffle, her mood shifted and she found the beauty in the madness of the moment. And hopefully one of her songs from this album can be that turning point for someone else moving forward.
Off the back of that sentiment, ‘GET THROUGH’ is a hopeful reminder that she will be okay with the lyrics “I don’t know how I’ll do it but I’m gonna get through, like there’s nothing to it. And one of these days I will forget you” immediately sticking in your mind. And then the anthem ‘I WANNA BE HERE’ just catapults you into a world of euphoric hope as she admits the battle she’s been having with herself.
‘I’M DOING IT’ is a very cohesive listen that transports you right into the thick of a break-up, and allows you to witness the reconnecting of one’s self love. Soaked in indie-pop production, this record cinematically soundtracks your surroundings in a lush kaleidoscope of sounds and will have you dancing and crying simultaneously.

5. Fresh Out Of Love

10. Walking Home In The Rain