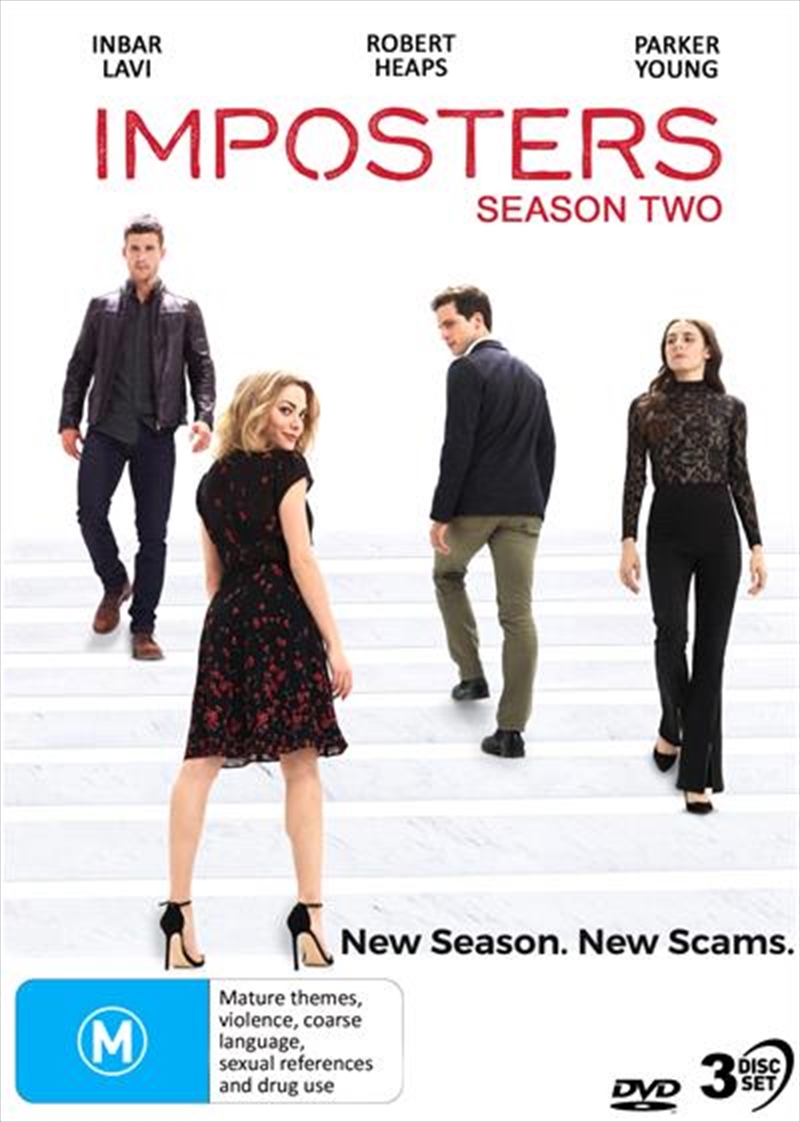 Wickedly twisted and hugely entertaining, Imposters, created by actor turned producer Paul Adelstein and Mozart In the Jungle writer Adam Brooks, is a hugely enjoyable pitch-black comedy that delights in deceitfully playing with audience expectations, much like its mischievous protagonist. Starring Israeli actress Inbar Lavi in her breakthrough role as morally suspect seductress Maddie aka Ava, now pursued by three of her former victims who want revenge, Imposters is a road trip with a difference. The aforementioned Ezra (Rob Heaps), Richard (Arrows Parker Young) and Jules (Marianne Rendn) team up to track her down before she can destroy someone elses life. Meanwhile, the mistress Maddie, aided, as always by her co-conspirators Sally and Max (Katherine LaNasa and Brian Benben) has fallen for her latest mark Patrick (Stephen Bishop). With a stellar line-up of guest stars including Uma Thurman (Kill Bill, Pulp Fiction) as the mysterious fixer called Lenny Cohen who kicks into action whenever the boss of a group of con artists needs to keep his employees in line, Bruce Davison (the X-Men films) as retired con man Cy Roberts and Abby Miller (The Sinner, Aquarius) as avid collector Charlotte, Imposters, still on 100% on Rotten Tomatoes, revels in its witty scripting and standout performances.
DETAILS