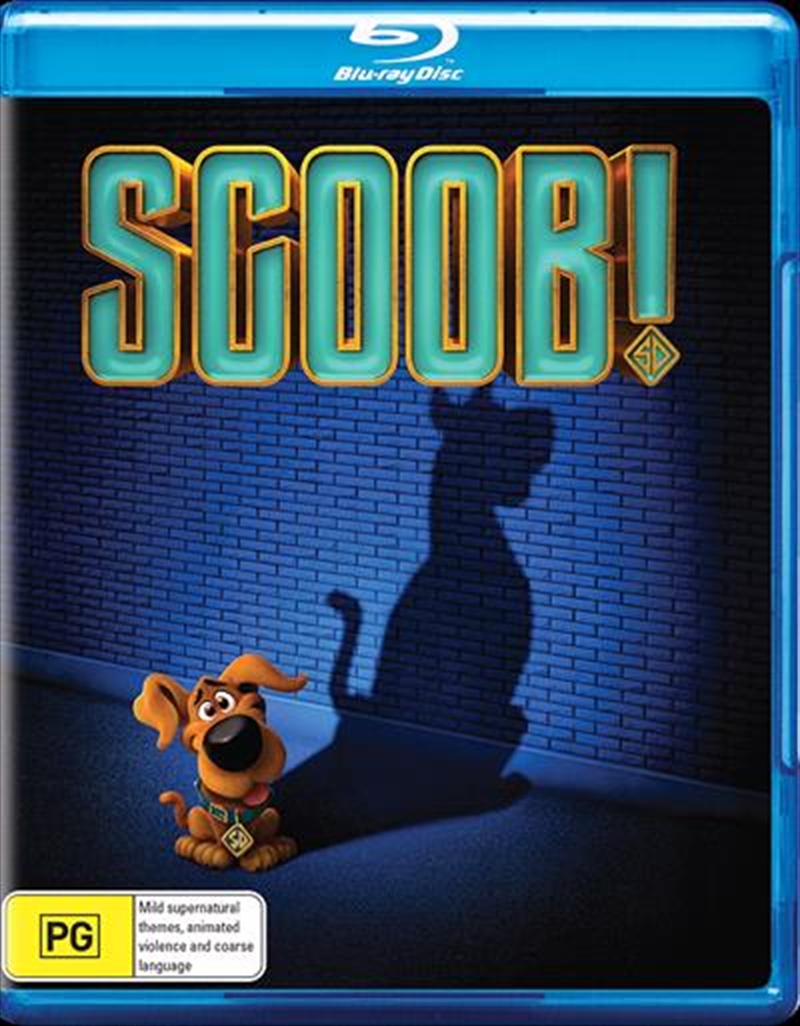 In Scooby-Doos greatest adventure yet, see the never-before told story of how lifelong friends Scooby and Shaggy first met and how they joined forces with young detectives Fred, Velma, and Daphne to form the famous Mystery Inc. Now, with hundreds of cases solved, Scooby and the gang face their biggest, toughest mystery ever: an evil plot to unleash the ghost dog Cerberus upon the world. As they race to stop this global dogpocalypse, the gang discovers that Scooby has a secret legacy and an epic destiny greater than anyone ever imagined.

Review of Scoob by Christopher Pattison

Scooby Doo is one of pop-culture's most loveable and recognisable characters. There have been many animated iterations of the character, with our group of heroes from Mystery Incorporated have stood the test of time and still resonate with kids. When it was announced that Scooby Doo will get a 2020 revamp, fans were sceptical, the classic design of Scooby and the recent animated iterations had all been well received from audiences. This 2020 reboot follows Scooby and the gang who face their most challenging mystery yet. With the film’s cast including, Will Forte (Shaggy), Gina Rodriguez (Velma), Zac Efron (Fred), Amanda Seyfried (Daphne), Mark Wahlberg (Blue Falcon) and the wonderful Frank Welker as Scooby. With a talented cast and a different approach to the classic source material, ‘Scoob’ has the building blocks for something interesting. So how was ‘Scoob’?
‘Scoob’ was a lot of fun. The film has a wonderful energy to it that has been missing from recent ‘Scooby Doo’ productions. The films animation is stunning, with beautiful colours, well realised 3D-animated designs of our characters and their surroundings as well. The film benefits from a talented voice cast, with Will Forte as Shaggy and Zac Efron as Fred really standing out for me. Frank Welker is also great, but as he has been voicing Scooby Doo for over 50 years. The film takes a light-hearted approach, with a few of the scarier elements toned down, with this film being aimed more towards younger audiences. There are still jokes and gags that will appeal to older audience members and if you are a fan of Scooby-Doo, you will find fun references that are definitely aimed towards fans of the show throughout the years.
‘Scoob’ is a fun, light-hearted reboot of the popular franchise, with a talented voice cast, fun visuals and a lot of energy that has been lacking from the recent animated shows. This is a promising sign for Scooby-Doo heading into the new age and I hope to see more adventures with this colourful cast of characters and setting. Pick up this one today on Blu-Ray or DVD from your local Sanity or online!
Chris has written this movie review for Sanity. See more from Chris here

Review of Scoob by Peter Walkden

Based on the TV series, Scoob begins with a young Shaggy all alone on the beach wishing he had a best friend. Suddenly a naughty puppy dog is running around the beach causing mischief. Shaggy bumps into the dog, and the two develop a new friendship. Shaggy decides to give him the name called "Scooby Dooby Doo". The new duo do everything together and become the most fantastic friends anyone could ask for! One night on Halloween, Shaggy and Scooby decide to do some trick or treating and while doing so they meet fellow trick or treaters Fred, Velma, and Daphne. The group decide to hang out and manage to solve a mystery at a scary mansion, which begins the famous Mystery Incorporated!
Peter has written this movie review for Sanity. See more from Peter here