Doctor Who - The Sun Makers 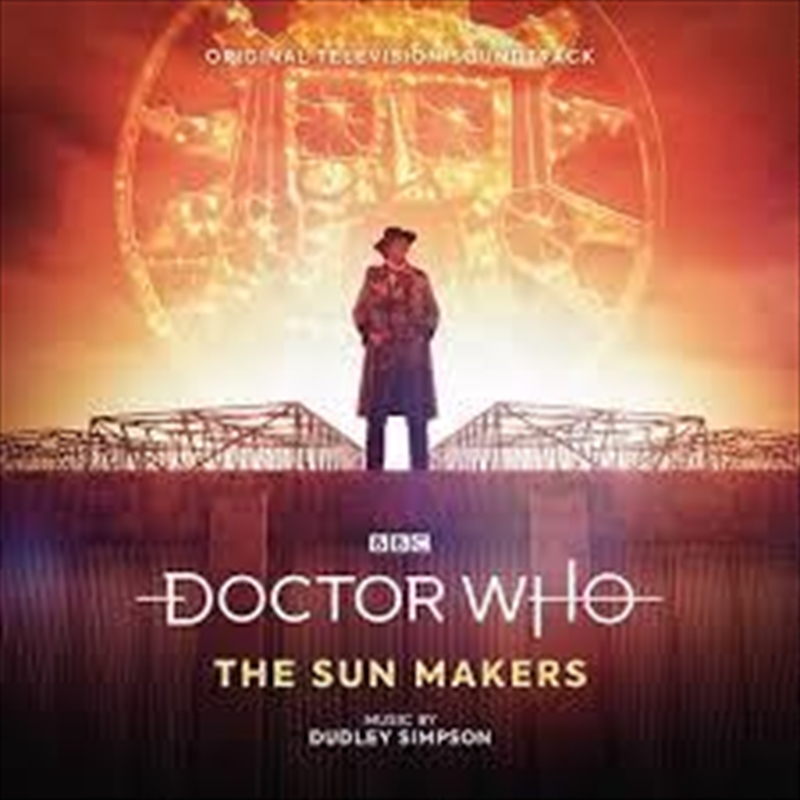 Doctor Who - The Sun Makers

Composer Dudley Simpson’s first contribution to Doctor Who was his music for Planet of Giants (starring William Hartnell as the first Doctor) in 1964. By the end of the 1960s he was the programme’s ‘go to’ composer, scoring a total of 294 episodes up until his last, The Horns of Nimon, in 1979.

Looking purely at the 1970s, encompassing the episodes starring Jon Pertwee as the third Doctor and Tom Baker as the fourth (seasons 7 to 17) there were 58 stories over 272 episodes, with Dudley scoring 51 (234 episodes). An amazing body of work; and that’s just Doctor Who, let alone Blake’s Seven, Moonbase 3, Target, Paul Temple, The Tomorrow People, The Brothers and many, many more. He started that period on Doctor Who using a very small orchestra, moved into working entirely at the BBC Radiophonic Workshop on EMS synthesisers for a year (assisted by Brian Hodgson), then added percussion, then back to a small band with Radiophonic synth overdubs, until his final few episodes where the synth became part of the band. It is a shame therefore that only two complete scores from this era survive. One is The Mind of Evil, one of those EMS scores from 1971; the other is the one is this release, The Sun Makers from 1977.

Title: Doctor Who - The Sun Makers

9. A Heart as Big as your Mouth

12. Something in the Air