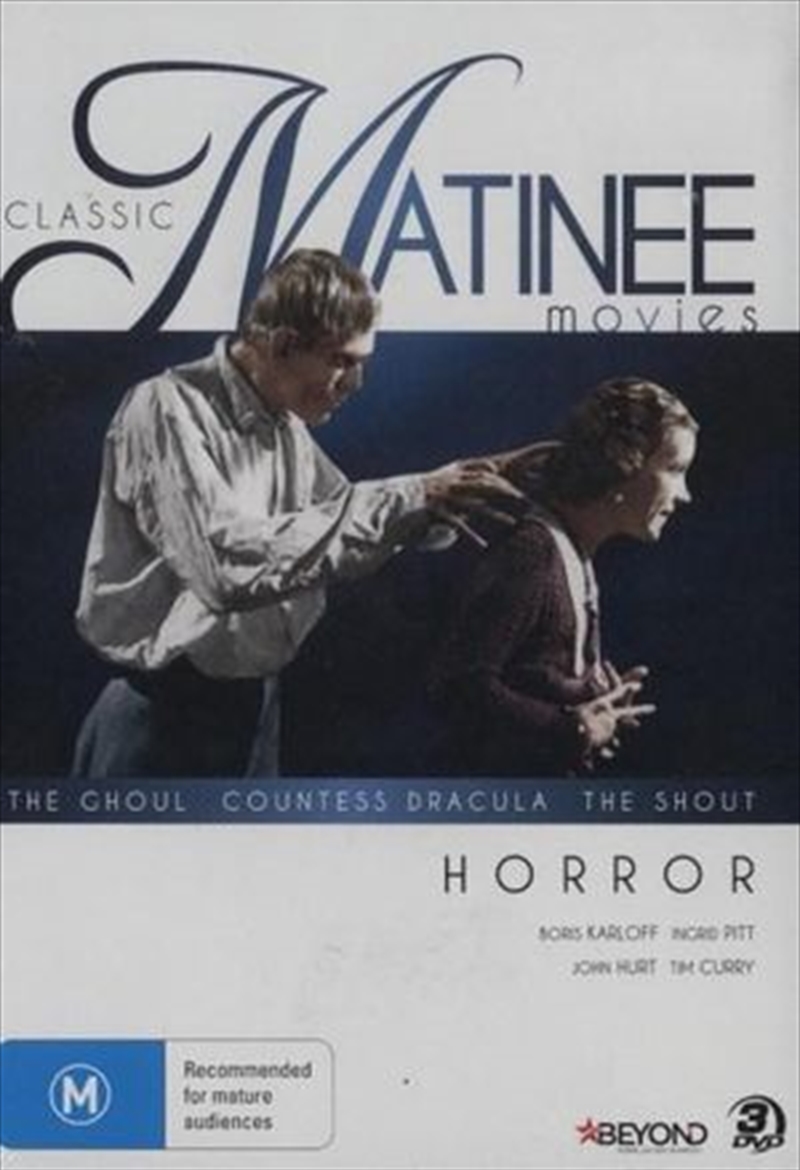 An eminent Egyptologist has purchased a precious stone stolen from an Egyptian tomb. He is buried with the stone in the hope that it will appease the Gods after death. But the stone is stolen from his tomb and the Professor is not dead, but in a trance. He returns as a ghoul, furious at the theft, and anxious to seek his revenge on those responsible. Starring Boris Karloff, Cedric Hardwicke, Ralph Richardson.

Countess Elizabeth viciously strikes a chambermaid causing blood to splash on the Countesss face. To her amazement, the blood makes her skin youthful and smooth. Enlisting the help of her devoted servant, she kills the maid and makes herself look 25 years younger. She embarks on a passionate romance with a young officer, until one day she reverts back to her old appearance. Starring Ingrid Pitt, Nigel Green, Sandor Eles.

The sun beams down on a cricket match in the village green. It is the annual competition between the villagers and members of the local mental hospital. In the scoring tent are two patients, Crossley and Graves. Crossley boasts of having supernatural powers that allowed him to kill with his shout. Although Robert dismisses it as an insane fantasy the proceedings soon take a sinister turn. Starring Alan Bates, Susannah York, John Hurt, Tim Curry.