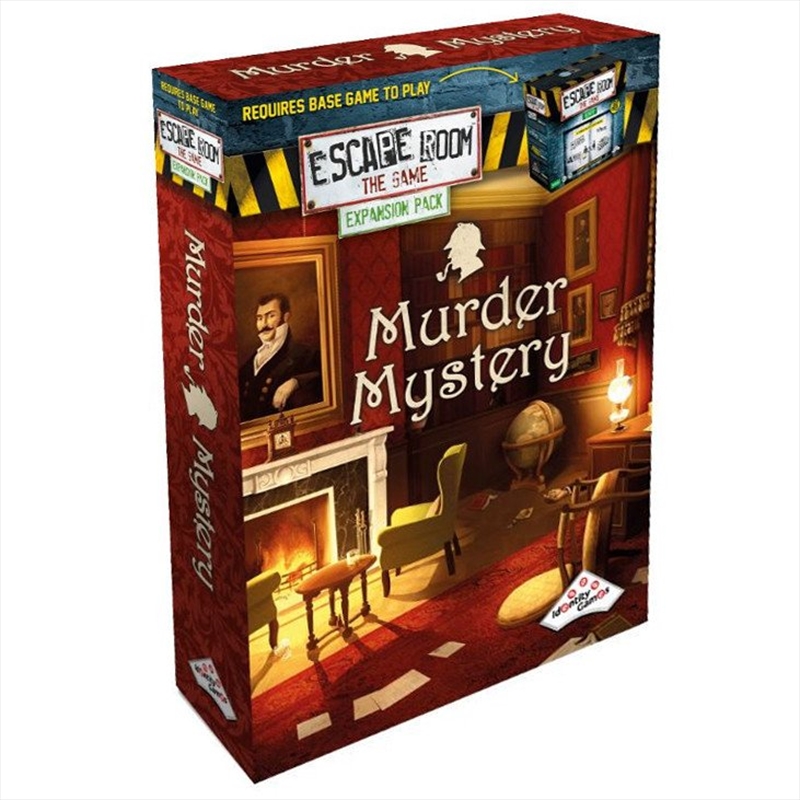 Want to click and collect? Check store availability
2 for $30 Merch

Rascals! As you enter the crime scene, you realize this won’t be easy. Although you’ve solved numerous murder cases in the past and you aren’t easily shocked, you’ve stumbled upon a real doozy.

This would be a high-profile case. Not only was the deceased a man of great wealth and fame, but a disturbing note was found. Bottom line: if you don’t solve this case, blood will be on your hands. The room reeked of power. Just about every object in the room is worth more than you earn in a year. The man lying on the floor in front of you is the same man on the painting behind the desk. If the object of the painting was to intimidate people who walked into his boardroom, it worked. In normal circumstances, the room would have smelled of cigars and whiskey. But after tonight’s event, it smelled of cigars and blood.

Theodore Jones was the son of William Jones and the heir to the Jones’ fortune. Jones & Jones was one of the largest steel companies of Great Britain. They were wealthy beyond words and they flaunted that they were personal friends of Queen Victoria. What they earned in money, though, they lacked in kindness. Their employees often joked that Theodore’s heart was made of the same steel as he produced. This fact will make this case harder to solve; the list of his enemies is as long as all the railroad tracks that Jones & Jones have ever manufactured put together. Was it the work of one of his many frustrated (ex) employees, a competitor, or someone else that wanted to settle the score?

You instruct your team to search for clues throughout the room and leave no stone unturned. The clues could be in the strangest places and all the details could be of the utmost importance. The last thing you want is a big headline in The Daily Gazette claiming the police’s incompetence and to have a dangerous criminal on a killing spree. The murder must be solved at once!