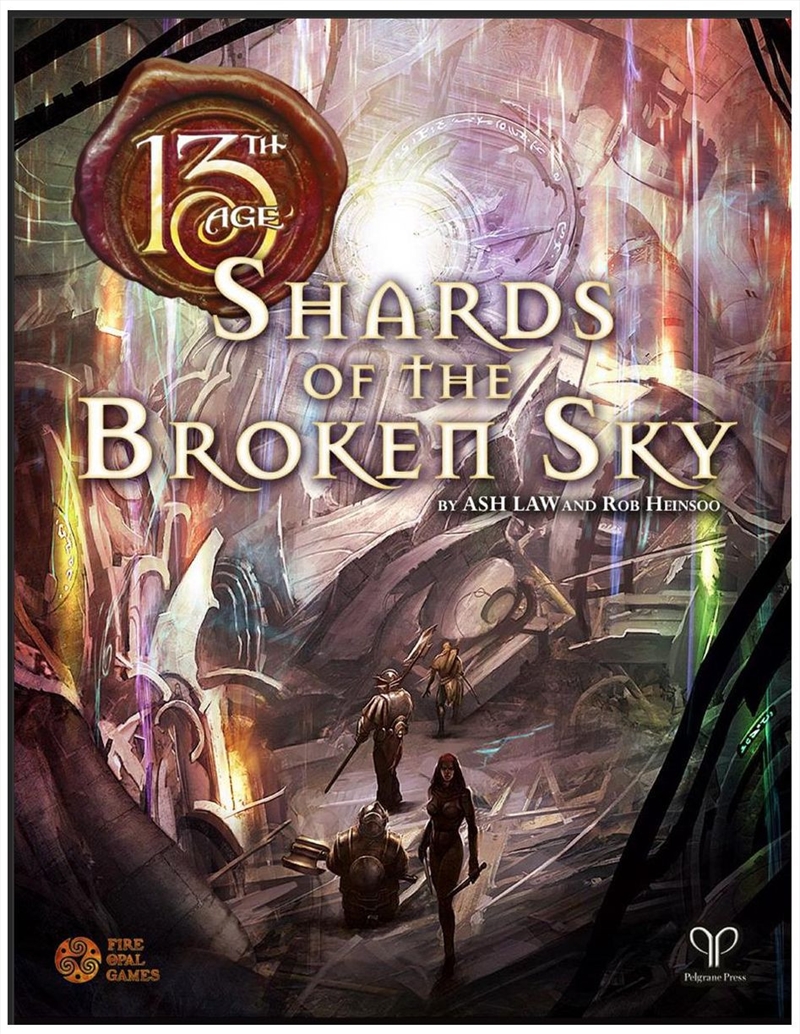 Flying realm down! A 13th Age Roleplaying Game sandbox adventure for player characters level 1-7 (and a bit beyond).

When the flying realm of Vantage crashes to earth in the Dragon Empire, a long-kept secret is revealed: it was the control point for magical wards that kept a dozen ancient evils in check.

The icons have offered you rival opportunities for glory, plunder, and/or heroic sacrifice in Vantage. Will you rescue its survivors? Restore its magical wards? Or loot everything that isn’t nailed down while trying to stay one step ahead of the apocalypse?

Use Shards of the Broken Sky however you like: as an entire campaign in and around this fallen flying realm, a one-shot or mini-arc, or a source of new races, monsters, and magic items! If you run it as a campaign, the characters’ icon relationships will shape the plot, NPCs, and locations, keeping the story relevant to their backstories and goals. You’ve played through once? Enter the Shards sandbox again with new PCs—it’s never the same adventure twice.

Shards of the Broken Sky includes: