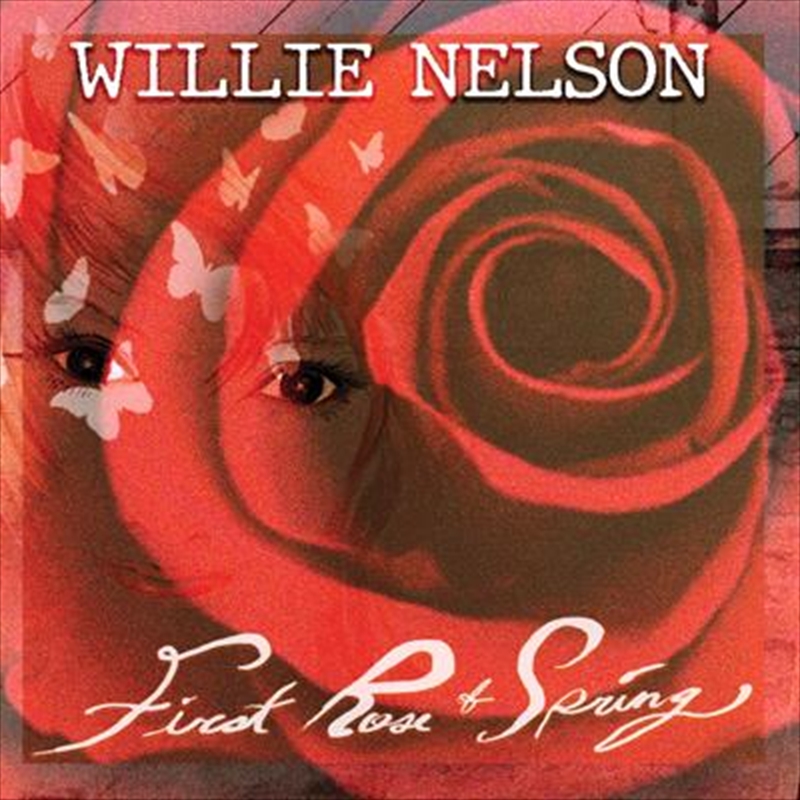 An atmospheric soulful showcase of beautifully-written songs and poignant performances, First Rose Of Spring is the artist's first new release since winning the 2020 Best Country Solo Performance Grammy Award--Willie's 10th overall, not including his Grammy Legend and Lifetime Achievement Awards--for "Ride Me Back Home," the title track from his 2019 Legacy Recordings release. The previous year, My Way, Willie's musical homage to Frank Sinatra took home the Grammy for Best Traditional Pop Vocal Album.

Alongside his new compositions on the album, Willie pays musical tribute to a variety of pop and country songwriters and performers, interpreting songs penned by Toby Keith ("Don't Let The Old Man In"), Billy Joe Shaver ("We Are The Cowboys") and Pete Graves ("Just Bummin' Around" - a song recorded by Jimmy Dean, Dean Martin and others).

A1. First Rose Of Spring

A3. I’ll Break Out Again Tonight

A5. Just Bummin’ Around

B7. We Are The Cowboys

B9. I’m The Only Hell My Mama Ever Raised

B11. Yesterday When I Was Young (Hier Encore)