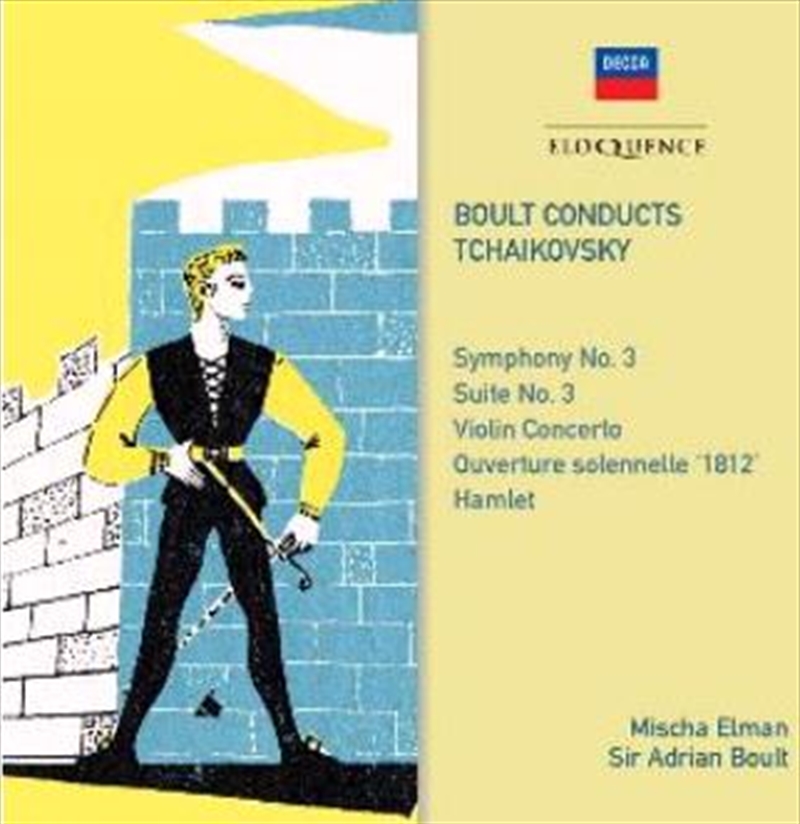 Sir Adrian Boult was a conductor of much more ‘temperament’ than is commonly supposed, with ever-frustrated ambitions to lead a complete Ring cycle, and whose consummate professionalism and Edwardian moustache concealed an interpreter of often fiery passions in Romantic repertoire.

This new collection invaluably gathers up all the Tchaikovsky recordings he made for Decca between 1952 and 1956.

The first of them was the fantasy overture based on Hamlet, a recording produced in Kingsway Hall by the young John Culshaw in time left over from the sessions for Vaughan Williams’s London Symphony. Later the same month came the 1812 Overture, recorded without cannon or bells but possessed of a strength and dignity not always present in more bombastic accounts.
Tchaikovsky played a formative role in Boult’s development. At the age of twelve he attended what he later called ‘the most important concert I have attended from my own point of view’. Arthur Nikisch was conducting Tchaikovsky’s Fifth Symphony and the First Piano Concerto with Mark Hambourg as soloist. Boult was captivated by Nikisch’s ability to obtain playing of the utmost brilliance and a quality of sound he had not heard before. It was on that evening that he decided that he had to become a conductor.

At the beginning of June 1954 Boult and the LPO were joined by the 63-year-old violinist Mischa Elman for the Violin Concerto, and Elman rekindled in the sessions something of the golden tone which had propelled him to youthful fame as a pupil of Leopold Auer, to whom Tchaikovsky had originally dedicated the concerto.

These are all mono recordings, whereas the Third Suite and Third Symphony were recorded in both mono and stereo, made in Paris and London respectively. Boult was apparently perplexed by the invitation to conduct the Paris Conservatoire Orchestra, but he secures from them playing of rare affection in the once-popular Theme and Variations movement. This anthology issues the stereo version of the Suite for this first time on a Decca CD.

‘Boult must have devoted as much care and rehearsal to this as to any music of more intrinsic value; and the very good result justifies abundantly all the labour.’ Gramophone, August 1952 (1812/Hamlet)