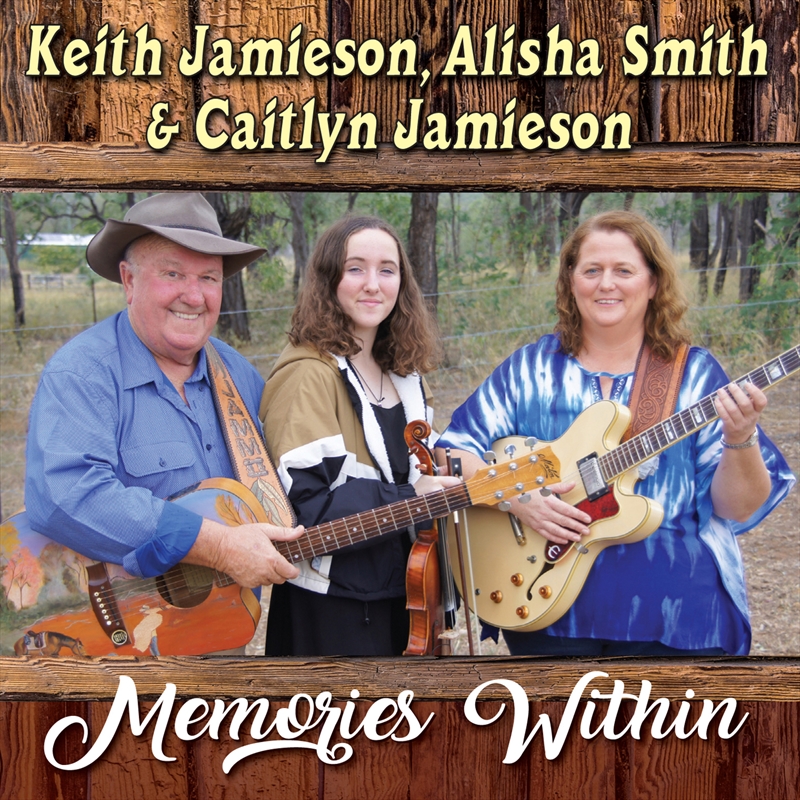 Keith has been writing and performing Country Music for the past 40 years. He has won many awards over the years such as a Golden Guitar in 2014 as well as several awards at Bungendore which Keith has attended off and on since the 2nd Bungendore festival 34 years ago. Keith has also been helping out with judging the Busking competition in Bungendore since about 2000. A highlight for Keith was being inducted onto the Bush Balladeers Wall in Bungendore. Keith was also inducted into the Hands of Fame in Tamworth in 2005. He has several albums available, also a DVD and has written songs for many other artists over the years including Slim Dusty and Jeff Brown.

Alisha plays bush ballad lead guitar in a style similar to the late Barry Thornton, she was fortunate to be taught some guitar by Barry before he passed away. She has two full instrumental albums to her credit and some which she shares with Keith and their daughter Caitlyn. Alisha has won several awards, her first was the Barry Thornton Encouragement award at Bungendore in 2005 and in recent years she also won the Instrumental section at Bungendore. She was nominated in the finals for a Golden Guitar in the Instrumental category in 2008.

Caitlyn is 13 years old and has been performing with her parents since the age of 2. She plays several instruments including guitar, fiddle, mandolin, bass guitar, ukelele and is currently learning to play piano as well. She plays a big part in their family shows, singing several songs and some great harmonies with Keith as well. She has also started playing a couple of instrumentals with Alisha. Caitlyn was also awarded the Barry Thornton Encouragement Award at Bungendore at the age of 11, also winning New Talent the same year.

Together they have travelled many miles all over Australia performing at festivals, clubs, pubs, old time country halls, aboriginal communities and many other venues. Their new album “Memories Within” has been well received by their audiences, it was produced by Steve Newton and ENREC Studios in Tamworth, and is a great family album with a good variety of Country songs, Bush Ballads and Instrumentals and showcases what they do in their live shows.