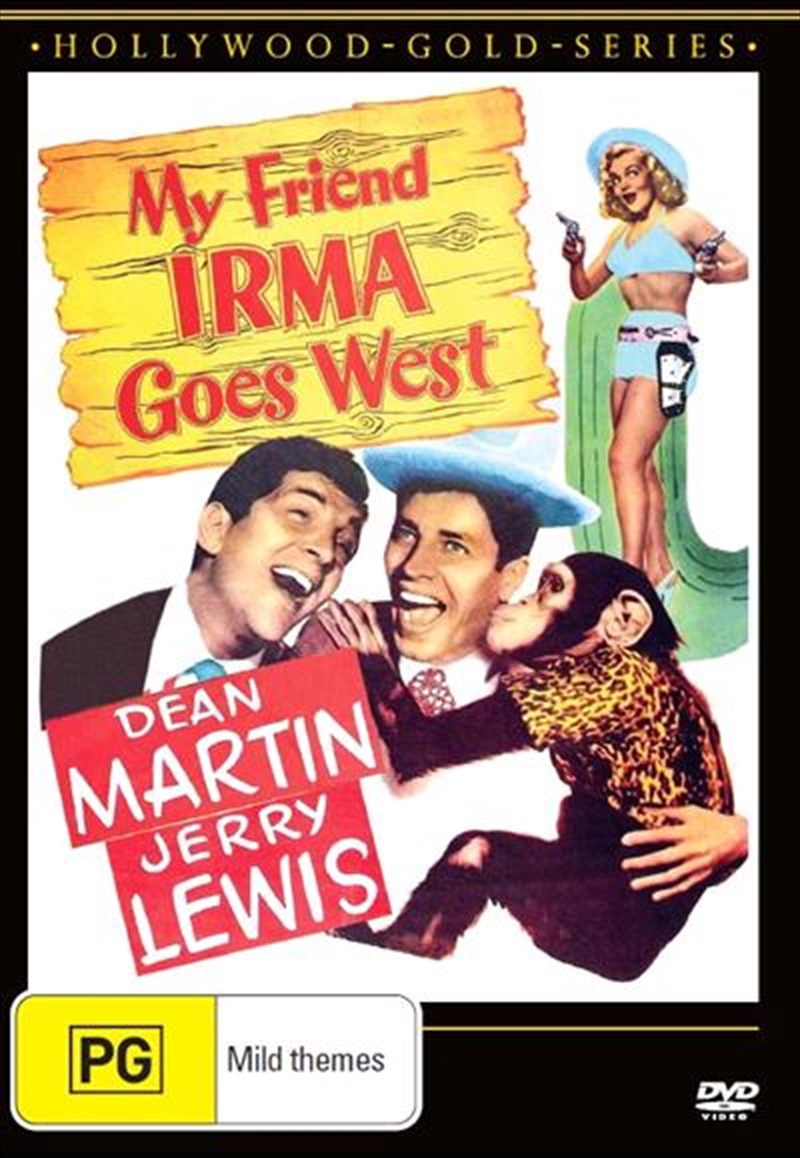 Shipping - See delivery options.
Postcode:
Quantity:
SEE MORE IN:
Dean Martin Shocking Clearance Movies & TV Clearance $5 Movies & TV Shows
Take a laugh-filled journey with this follow-up to My Friend Irma, the movie that introduced the world to Martin and Lewis. Steve and Seymour (Dean and Jerry) are still toiling in the pits - as juice-bar employees waiting for their showbiz break. After Steve's singing causes a sensation on a TV show, they head for Hollywood unaware that the producer was an escapee from a sanitarium! With classic songs and routines, My Friend Irma Goes West is a can't miss coming adventure.