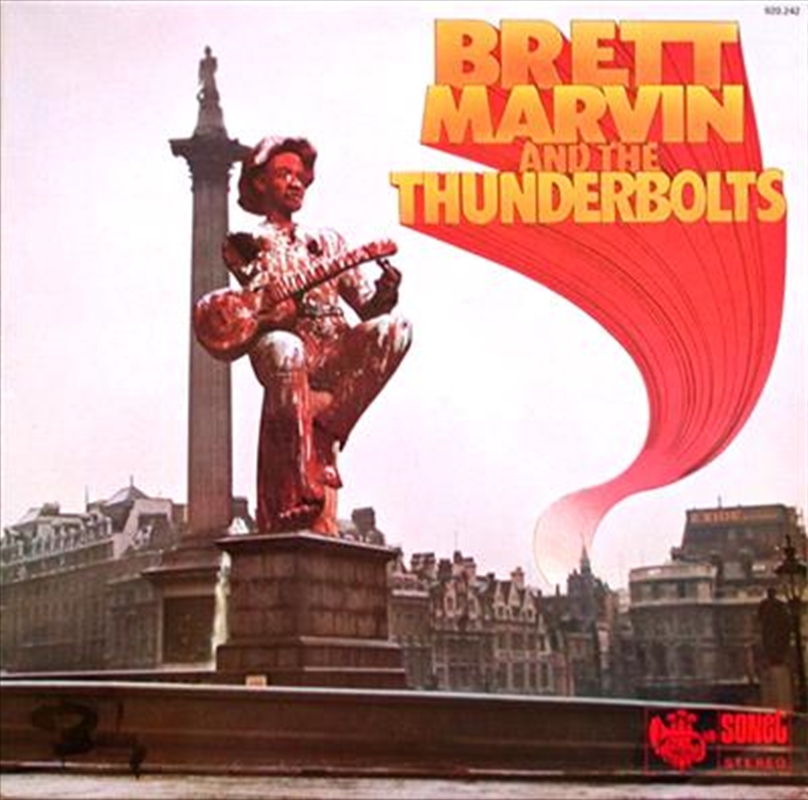 Their name may have made them sound more like rock’n’roll revivalists, but during the late Sixties and early Seventies, Brett Marvin and The Thunderbolts were one of the most highly regarded of the grassroots British country blues bands. Led by virtuoso guitarist Graham Hine, and featuring pianist and occasional vocalist John Lewis (subsequently better known as eccentric popster Jona Lewie), the Bretts – as they were known to their coterie of admirers - regularly backed visiting American bluesmen as well as being a popular live act in their own right. After two fine albums for the Sonet label, they scored an unexpected hit single with Lewie’s jaunty Sea Side Shuffle, which, credited to alter-ego Terry Dactyl and The Dinosaurs, reached the No. 2 spot in the summer of 1972. Lewis / Lewie then left, recording as a solo act for Sonet before joining Stiff, while his former band continued without him, issuing a third album and sundry stand- alone singles before gradually scaling down operations.

This anthology includes everything that the Bretts, the Terrys and Jona recorded for Sonet (including 1993 CD Boogie Street, financed by Sonet UK’s later incarnation Habana Music), confirming that the bands had few equals in the Thames Delta country blues stakes, while Jona was an individual talent long before his late Seventies association with the Stiff label. Containing all the band’s albums, single releases, studio outtakes and live recordings as well as Jona Lewie’s pre-Stiff releases, The Sonet Anthology comprises six CDs housed in a clamshell box, with a 36 page booklet that tells the band’s story with the aid of Graham Hine, Jona Lewie and Sonet UK boss Rod Buckle.