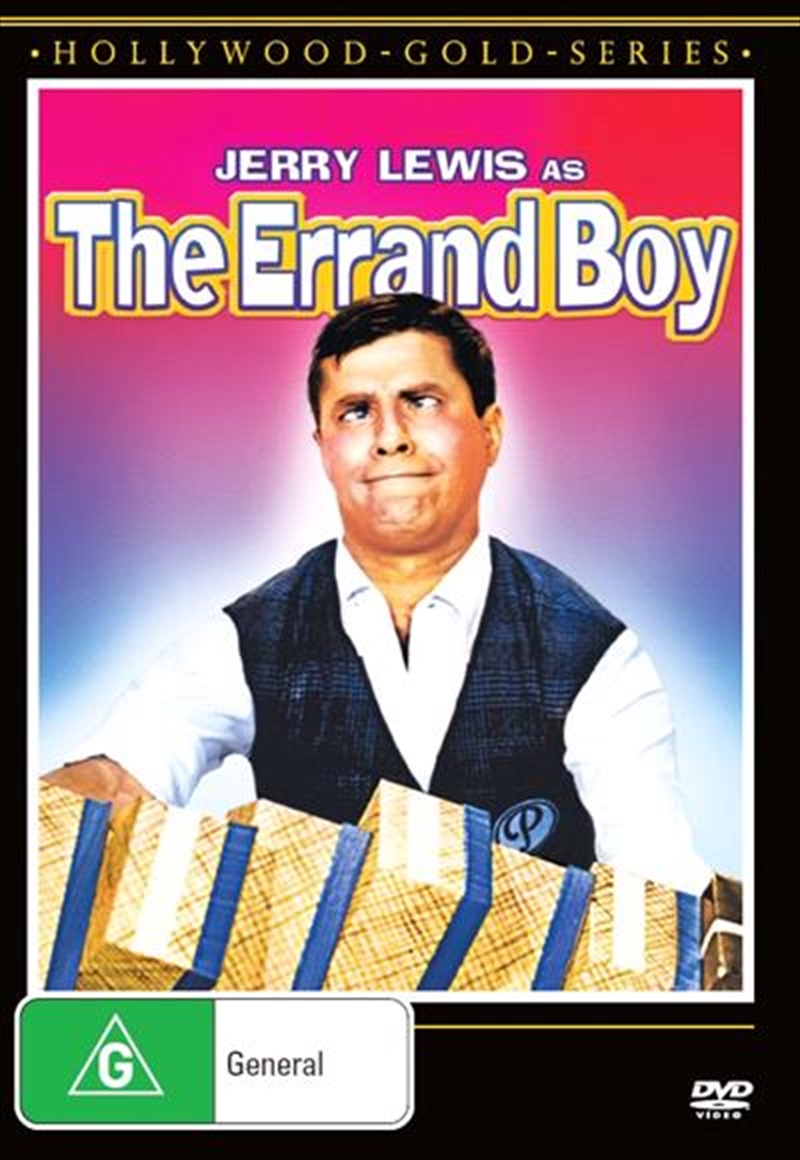 Turn comedian Jerry Lewis loose inside the gates of a motion picture studio as The Errand Boy and the result is unrestrained pandemonium. Hired to be the eyes and ears of a Hollywood mogul at Paramutual Pictures, Morty S. Tashman (Lewis), under the guise of studio mail clerk, is to roam the lot and then report back to the boss with any questionable or dishonest activities. But virtually all of the shenanigans and escapades Morty uncovers are ones of his own doing! From soundstage to back lot to front office, Morty innocently manages to become a one-man wrecking crew that leaves the giant entertainment company in a complete shambles. Lights camera calamity!
DETAILS