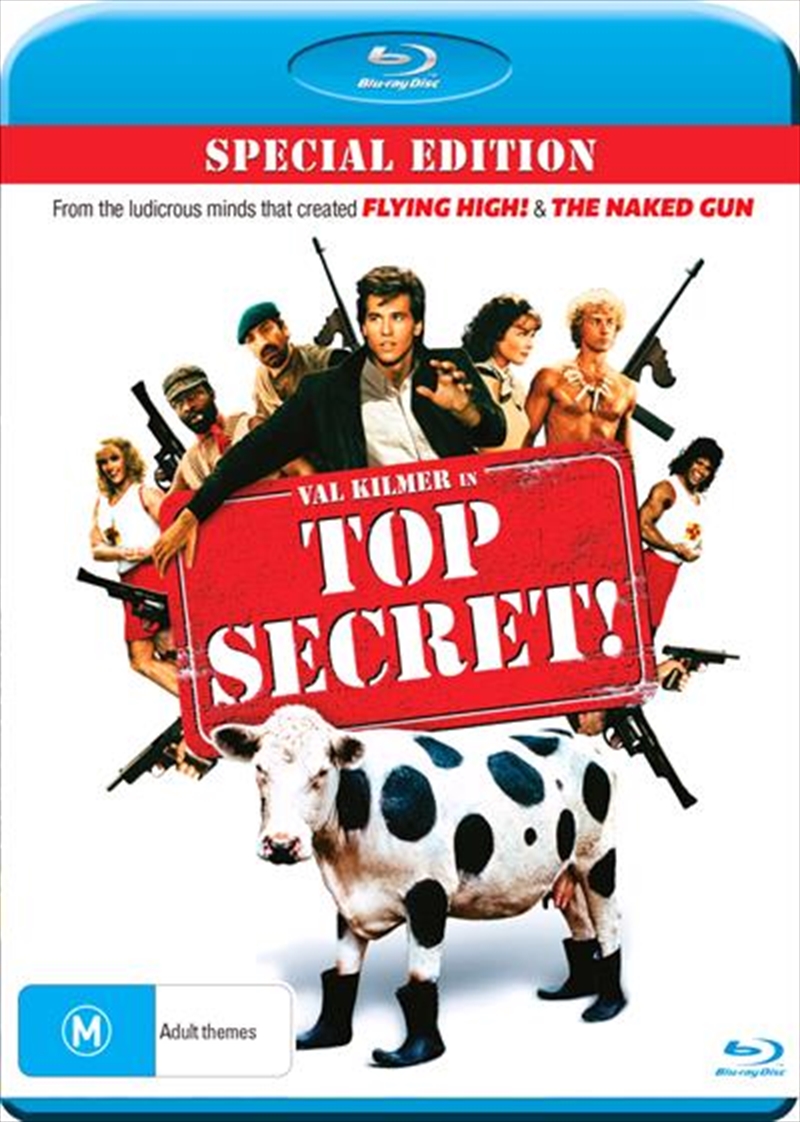 Want to click and collect? Check store availability
DESCRIPTION
If you were sitting around wondering if the guys who brought you Flying High! and The Naked Gun are crazy, the answer is Yes. And Top Secret! proves it beyond a shadow of a doubt! Top Secret! pits American rock star Nick Rivers (Val Kilmer) against the dreaded East German High Command. It's a race against time as Nick teams up with Hillary Flammond (Lucy Gutteridge) to find her father before he can create the ultimate super weapon - the Polaris Mine. Along the way, Top Secret! manages to do for war epics and Elvis films what Flying High! did to disaster movies.
TRAILER
DETAILS