In The Line Of Fire 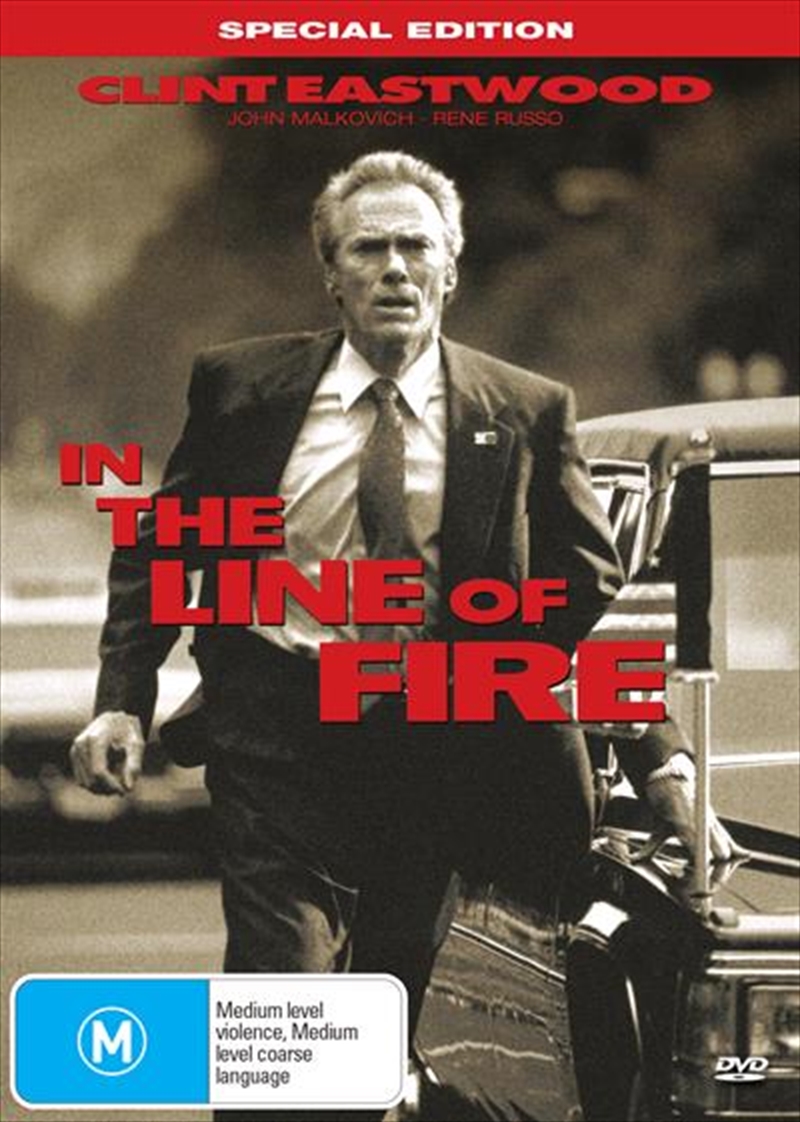 An assassin on the loose. A president in danger. Only one man stands between them...

A gripping, gut-wrenching thriller that delivers suspense in almost unbearable doses, In the Line Of Fire showcases Clint Eastwood at his finest.In a performance that won universal acclaim, Eastwood stars as Frank Horrigan, a veteran Secret Service agent haunted by his failure to protect JFK from assassination. Thirty years later, he gets the chance to redeem himself when a brilliant psychopath threatens to kill the current president - and take Horrigan with him. Taunting him by phone and tantalizing him with clues, the assassin (John Malkovich) lures Horrigan into an electrifying battle of wits and will that only one man can solve.Co-starring Rene Russo as Horrigan's risk-taking Field Chief, In the Line of Fire is a high-wire balancing act of searing suspense, explosive action and surprising romance. Quite simply, "one of the finest thrillers you'll ever see."

Title: In The Line Of Fire