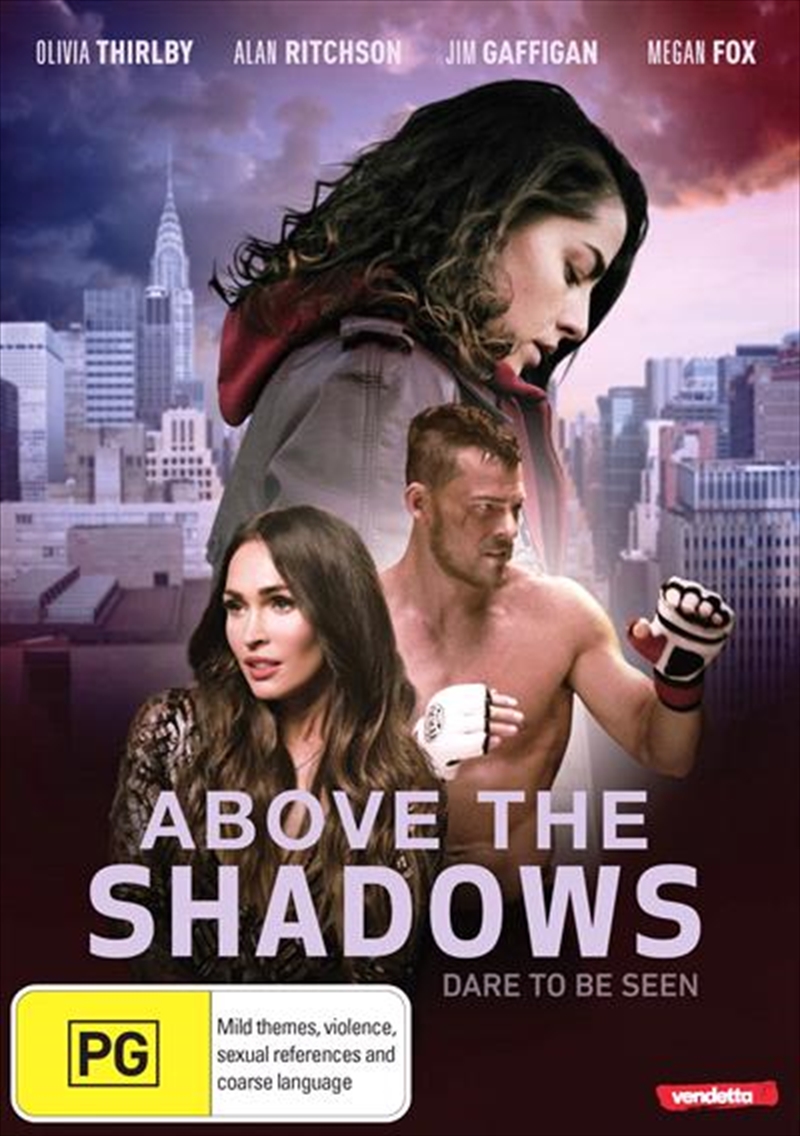 Shipping - See delivery options.
Postcode:
Quantity:
A young woman has faded to the point of becoming invisible and must find her way back into the world. After more than a decade of solitude and making a living in the shadows as a paparazzi photographer, Holly (Olivia Thirlby) meets the one man who can see her, Shayne (Alan Ritchson), a down-on-his luck MMA fighter working as a bouncer. Holly discovers that it was one of her tabloid photographs that caused his downfall, and that she must restore him to his former glory if she wants to regain a foothold in the world around her. With Shayne, Holly awakens to love but also to the reality that she bears more responsibility for her fate than she imagined.

Title: Above The Shadows