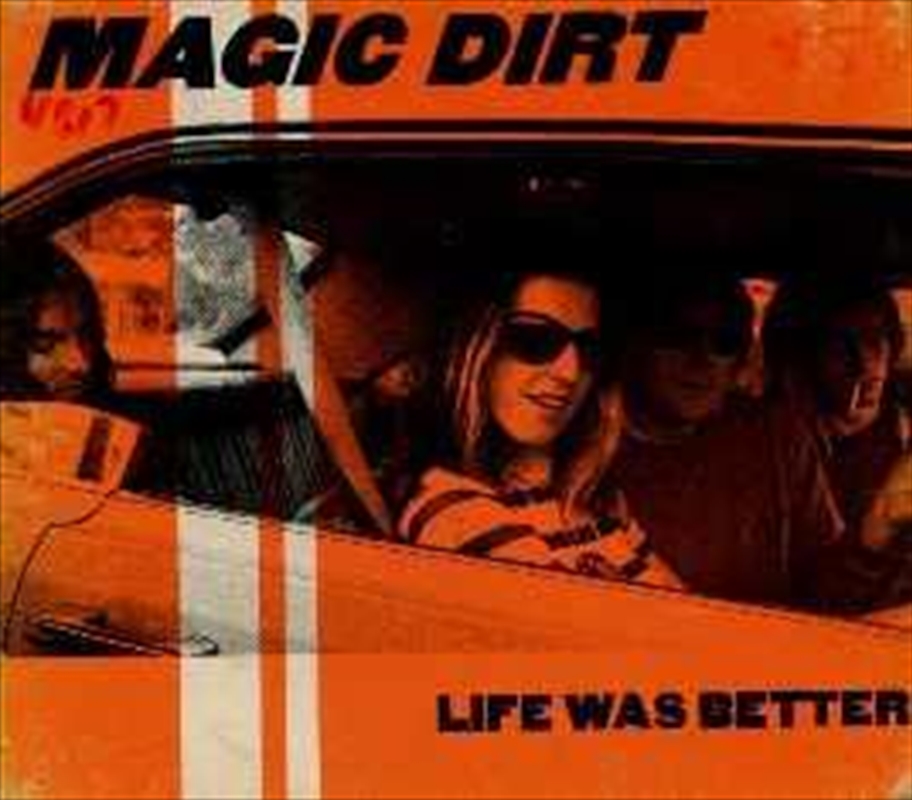 ‘Life Was Better’ was originally released in November 1994 on CD only. It has long been out of print and the tracks featured have never been available to stream on DSPs. This is the very first time ‘Life Was Better’ will be available on vinyl (orange/black coloured for a limited time).

After the release of ‘Signs Of Satanic Youth’ and a heady succession of touring with the likes of Sonic Youth, Smashing Pumpkins, Beck and Jon Spencer Blues Explosion, Magic Dirt weathered the hysteria of the next big thing tag and a storm of major label interest by breaking up and getting back together four times.

After regrouping for good and hiring help in the way of management and an agent, Magic Dirt swiftly reconvened in the middle of 1994 to record their big breakthrough EP, Life Was Better. Still learning their craft, the band was nonetheless quickly evolving into a formidable songwriting machine, but still, as Tracey Grimson (OTS, Oct 94) put it, with their ‘…their junked-out sound cranked hard ‘n’ fast…’ ethos intact.

Debuting at No. 1 on the Australian alternative music chart and staying on that chart for a whopping 75 weeks, Life Was Better sold 20,000 copies, received four ARIA nominations in 1995, topped nearly every radio, alternative press and record store chart in the land, garnered the band a national spot on the Big Day Out, supports with Hole, Silverchair and Dinosaur Jr in 1995, and landed them a major record deal with Warner Music U.S.