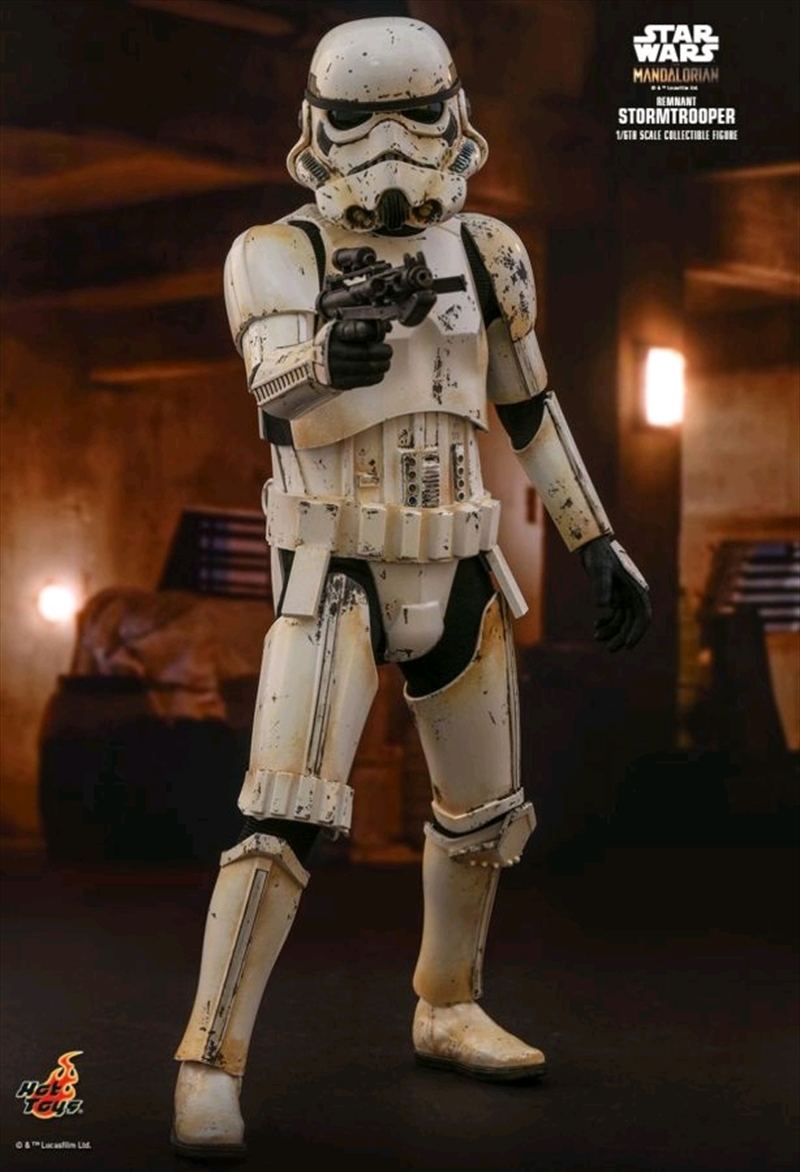 In the aftermath of the Battle of Endor, the Empire is in disarray. Fragments of the former regime have gained footholds on distant worlds, trying to cling to what little power they have. The once pristine and uniform ranks of stormtroopers that fought for the Empire now resemble a ragtag army of mercenaries for lawless gangsters.

Continuing the collectible series of the highly acclaimed, The Mandalorian, Hot Toys is delighted to present the new 1/6th scale Remnant Stormtrooper collectible figure based on the first-ever live action Star Wars series!