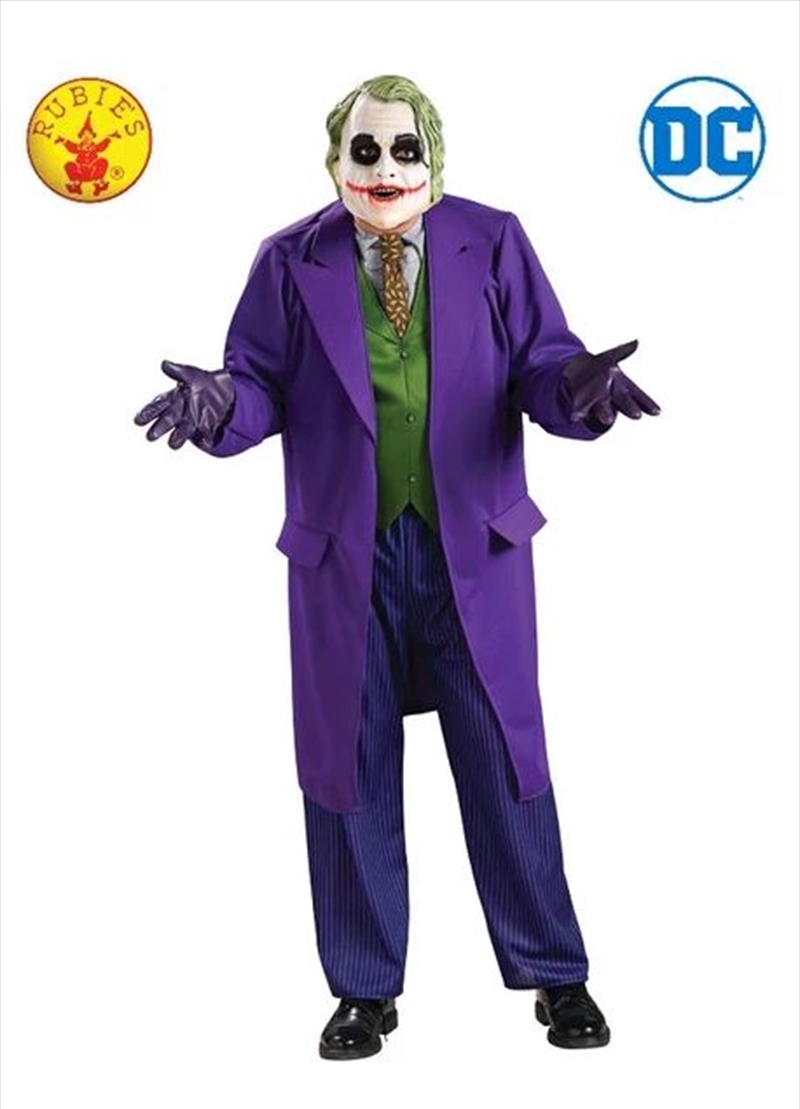 A criminal master-mind and possibly one of the most infamous supervillains in the DC Comics universe, The Joker - the smiling assassin - is arch-nemesis of Batman and nearly all DC Comics superheroes.

He stars in comic books, films and TV series, always wearing his painted red smile to hide his damaged face beneath, wild green hair and purple suit. Resident psychopath of Gotham City, The Joker has been played by various actors in TV series and many Warner Bros movies over the decades.

Actors like Jack Nicholson and Heath Ledger have taken this crazed character to new heights of stardom. With a sadistic sense of humour, the "man who laughs" does not always get the last laugh against true heroes like the Great Batman.