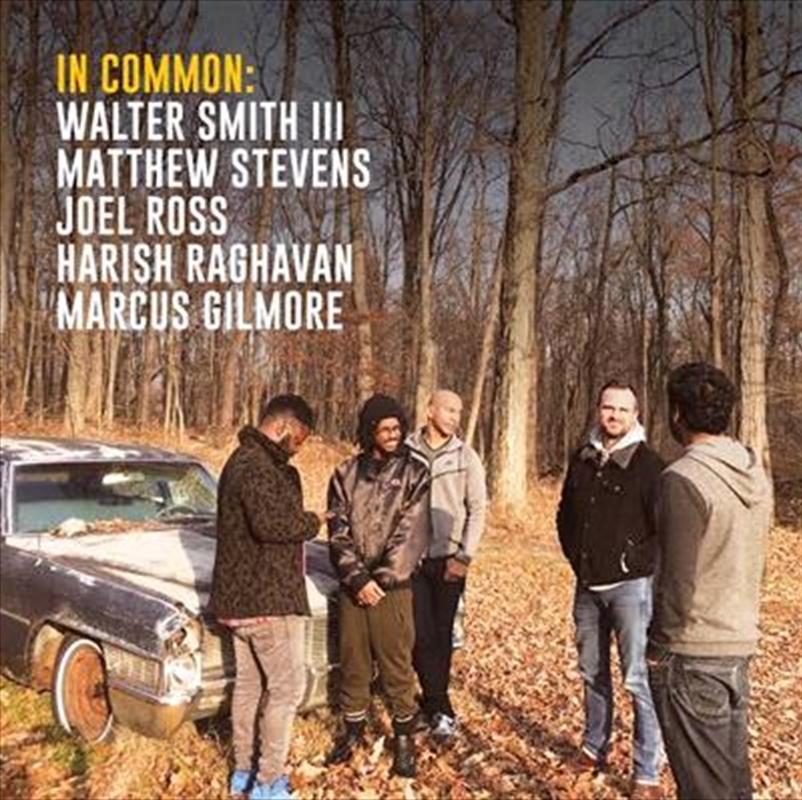 The moment when spontaneity and technical expertise coalesce into a decidedly different soundscape is captured convincingly in this eponymous debut release from In Common.

Behind that veiled moniker are the prominent names of tenor saxophonist Walter Smith III and guitarist Matthew Stevens - and together with vibraphonist Joel Ross, bassist Harish Raghavan and drummer Marcus Gilmore, they fashion striking improvisations from original compositional foundations.

’In Common’ is a dynamic recording by a group of peers sharing a mutual musical vocabulary. “Part of the basis for the project was to write relatively simple music,” says Walter Smith III. “The idea of simplicity downplayed individual ownership which was liberating.” The outcome is a collection of succinct, in-the-moment canvases that exhibit an engaging contemporary style.

The success of In Common’s informal collaboration is in creating a work that is unmistakeably alive and instinctive.