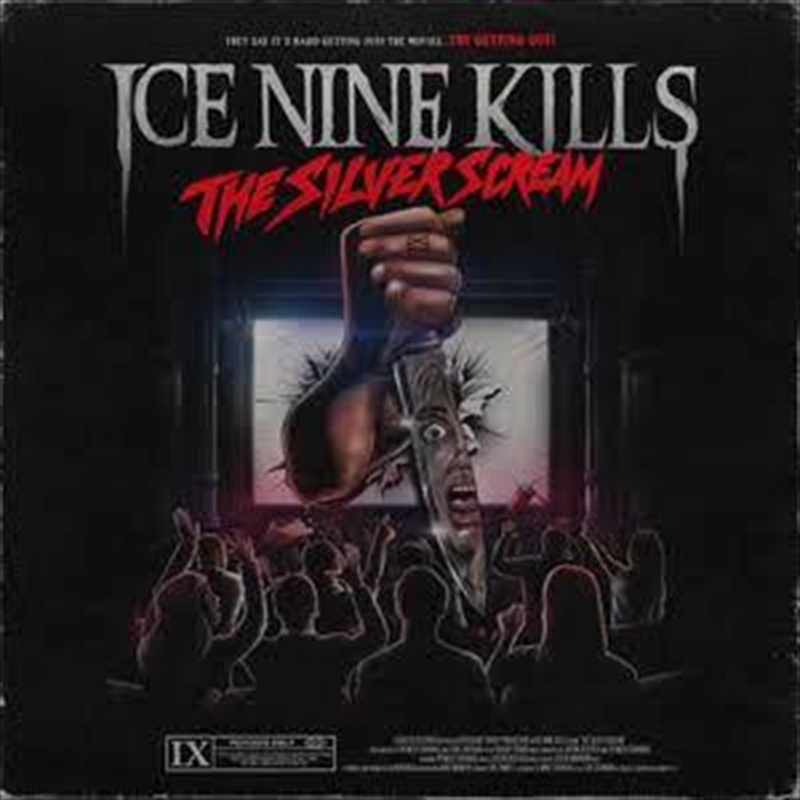 In 2017, Boston-area metalcore outfit Ice Nine Kills kicked off their fifth album cycle with the release of the single "Enjoy Your Slay," which was inspired by classic psychological-horror film The Shining (and even featured Kubrick's grandson Sam). A year later, they followed with the propulsive "The American Nightmare," an ominous ode to '80s horror series A Nightmare on Elm Street.

Much like 2015's Every Trick in the Book -- which was based on classic works of literature -- the band revealed that this horror film theme would fuel an entire concept album: The Silver Scream. Arriving just in time for Halloween in October 2018, The Silver Scream found the band fully embracing their passion for horror by crafting 13 tracks inspired by 13 movies, such as Friday the 13th (the melodic brutality of "Thank God It's Friday"), Saw (the soaring "The Jig Is Up," featuring Finch's Randy Strohmeyer), and The Crow (the haunting "A Grave Mistake").

Additional guests include Stranger Things' Chelsea Talmadge on the sweeping An American Werewolf in London "ballad" "Love Bites"; INK's founding co-vocalist Jeremy Schwartz reuniting with the band on the Jaws number "Rocking the Boat"; Tony Lovato of Mest on the Edward Scissorhands anthem "The World in My Hands"; and Less Than Jake hornsmen JR Wasilewski and Buddy Schaub alongside Fenix TX vocalist Will Salazar on the riotously disturbing It send-up, "IT Is the End." Devilishly fun, appropriately campy, and indulgently satisfying for fans of both heavy music and scary movies, The Silver Scream expertly combines Ice Nine Kills' passionate execution with a dark sense of humor and love of pop culture on their strongest, most melodic, and enjoyable effort to date. ~ Neil Z. Yeung