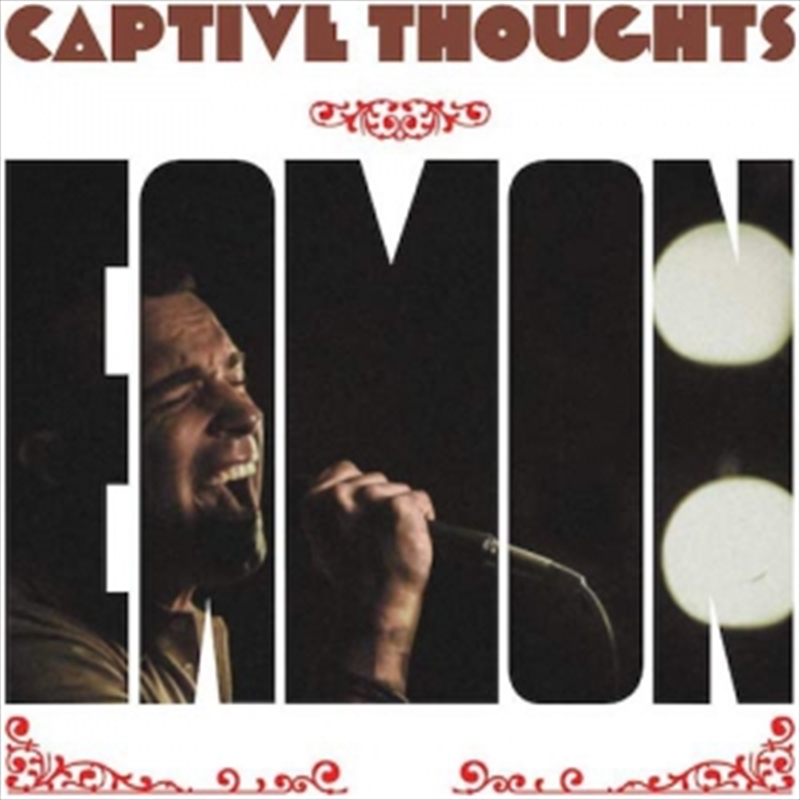 Platinum recording artist and unapologetic soul singer Eamon is set to release his new album Captive Thoughts on Now-Again Records. After his ambitious and critically acclaimed 2017 album Golden Rail Motel, Eamon1s new record feels like an even deeper expression of the lost art of the singer1s ability to make the listener feel every single lyric. "Simply put, I1m singing every note as if my life depends on it" says Eamon through a thick Staten Island accent that hasn1t faded since relocating to Los Angeles.

Now-Again Records was so impressed with Eamon's Golden Rail Motel that they approached the singer and offered him a unique deal: he could comb through their vast catalog of songs from the 601s and 701s in order to sample music to create an album of his own. At first working with Stoupe, the producer from legendary hip hop group Jedi Mind Tricks, Eamon would stay up late into the night sifting through sample upon sample in search of the perfect fit for the album. Eamon then approached his steadfast producers Benj Heard and Snipe Young with seven songs to tackle together.

The end result was something fresh and forward looking but also a throwback to the golden era of soul music. While many will remember Eamon for his groundbreaking song "Fuck It (I Don1t Want You Back)", the music he has recorded since his comeback from his decade-long hiatus represent the evolution from a controversial kid to a dynamic and respected artist. Captive Thoughts channels Eamon1s childhood performing in his father1s doo wop group, his immersion in 19901s New York hip hop, his obsession of classic soul music, and the intense lyricism and performances of Golden Rail Motel into one, cohesive album that is capable of moving the listener in unexpected ways.

Eamon1s voice communicates the highs and lows of being human with his unforgettable style. This record, like the songs it samples, is here to stay.