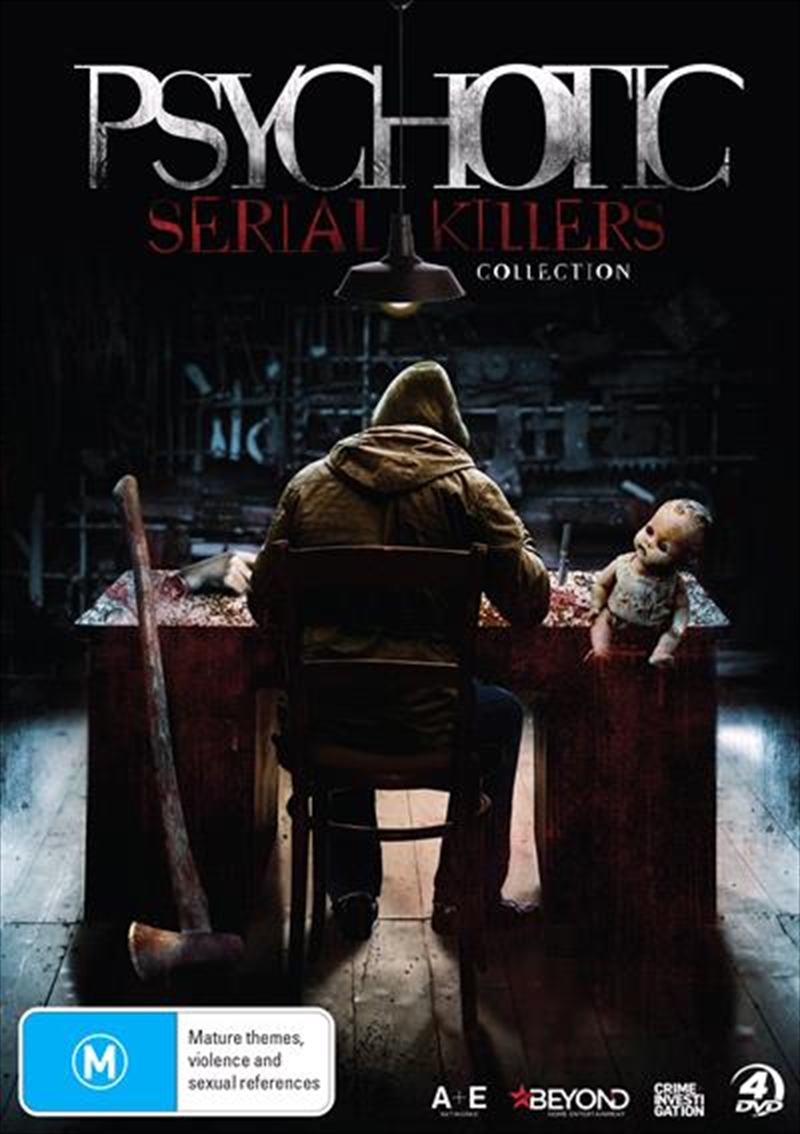 Serial Killers
They are secretly stalking our streets and highways, hiding in plain sight and compelled by one simple motive: the thrill of taking another person's life. Since the 1970s, the USA has produced an estimated 1,400 serial killers more than double the combined total of the rest of the world. This episode uncovers the psychological, biological and sociological make-up of these dangerous murderers.

The Monster of the Andes: Pedro Lopez
After being violently raped in prison when he was 18 and killing three of his assailants, Pedro Lopez launched an 8-year killing spree that claimed the lives of more than 100 girls in Peru. Widely believed to have committed 300 murders, Lopez is today in prison in Ecuador.

Andrei Chikatilo: Beast of the Ukraine
Andrei Chikatilo, a married man, teacher, and member of the Communist party, began a life of serial child molestation, rape, and murder in the 1970s. He picked up runaways, prostitutes, and children throughout the 1980s, killing and mutilating them in the most horrible ways.

Bobby Joe Long
Go inside the mind of Bobby Joe Long, a serial killer who murdered ten women in seven months. We speak to the detectives who worked the case, the victim who got away, and in a rare archival interview, the killer himself.

The Bloodlust Killer: Mark Shirley
Mark Shirley's perverted desires drove him to torture, stab, and murder a long list of women. Shirley even brutally assaulted a mother of five just to reenact a murder he had committed decades earlier, and today writes to pen pals from his prison cell, describing in graphic detail how he would attack and stab them if he could.

Gary Heidnik: House of Horrors
The grisly scene that greeted Philadelphia authorities in 1987 cemented Gary Heidnik as one of the most sadistic figures of the 20th century. Delve into the mind (and beneath the dilapidated floorboards) of the infamous killer and his cellar of torture.

Gary Ray Bowles: The I-95 Killer
In 1994, a mysterious drifter went on a violent killing spree leaving a trail of men, brutally killed. Investigators in three states soon realized that they were dealing with a serial killer the press called the I-95 Killer, who never stayed in one place for long.

Long Island Serial Killer
On a December day at a lonely stretch of road in Long Island, a Suffolk County detective and his dog stumbled upon a set of human remains. Since then, in that same stretch of dunes, a total of 10 bodies have been found. This feature-length episode follows the unfolding events from the perspective of both the besieged Oak Beach community and the desperate families trying to hunt down their daughters' killers.

Israel Keyes
Israel Keyes stands to be remembered as one of the most elusive and far-reaching serial killers in history but only if law enforcement can piece together the labyrinth of hints, left before his 2012 suicide, to identify countless victims he claims to have killed over the previous fifteen years.

Ronald Dominique
Shunned by gay and straight communities alike in his native Louisiana, Ronald Dominique opted to create his own existence--one in which he raped and killed more than two dozen men over the course of a decade-long spree, securing his place among America's most prolific serial killers.

The Slumdog Cannibal: Surinder Koli
Surinder Koli snatched children from the streets of a New Delhi suburb like a 21st century pied piper. He killed every six weeks for nearly two years. The victims' parents were from the Dalit community the so-called Untouchables so making their pleas for help worthless to local Police. Their poverty and background gave Koli the cover to commit an atrocity like no other in India's history.

Murder After Midnight: Steven Wright
Over ten days in 2006, the bodies of five young women were discovered in a sleepy English county. A manhunt would be launched that would catch the culprit within weeks. Their killer, Steven Wright, had almost certainly strangled his victims, all women working in the sex industry.