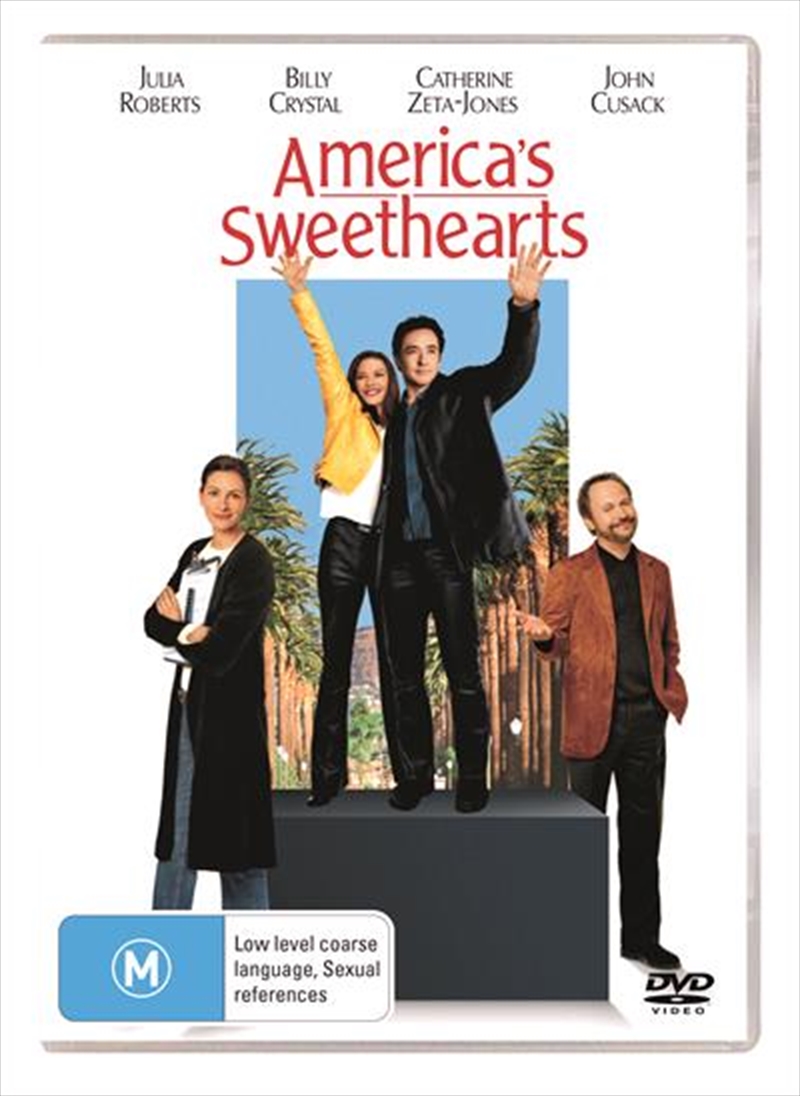 SEE MORE IN:
Best Romcoms $10 Movies
DESCRIPTION
America's hottest couple has just broken up...it will take more than special effects to get them back together.

A movie publicist deals with the messy public split of his movie's co-stars while keeping reporters at bay while a reclusive director holds the film's print hostage. Hollywood's darling couple Eddie (JOHN CUSACK) and Gwen (CATHERINE ZETA-JONES) are AMERICA'S SWEETHEARTS on screen, but off camera it's a different story. So now it's up to their press agent (BILLY CRYSTAL) and assistant Kiki (Academy Award winner JULIA ROBERTS) to pull off the ultimate deception - to promote the pair's latest film while keeping the media away from the real story!
TRAILER
DETAILS