Come Along & Ride This Train 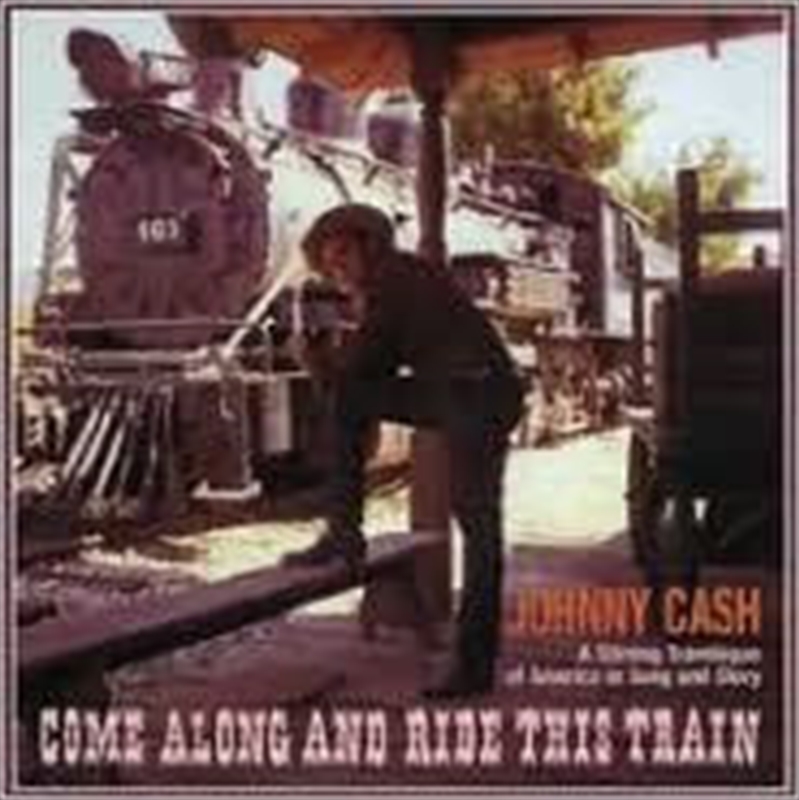 Come Along & Ride This Train

It's a statement of Johnny Cash's longevity that the eight albums collected here -- each one a concept collection devoted to American historical themes -- were considered worthy and viable commercial releases back when, and that most were very successful. This four-CD set assembles Ride This Train, Blood, Sweat and Tears, Bitter Tears, Ballads of the True West, Mean as Hell! (Johnny Cash Sings Ballads from the True West), America: A 200 Year Salute in Story and Song, From Sea to Shining Sea, and The Rambler, all in one place. They fit together as a body of work, and he put a lot of heart into all of these songs individually. He also engendered a good deal of enmity from members of his core audience of white Southerners, for the sympathies he displayed for the plight of Native Americans on 1964's Bitter Tears. America: A 200 Year Salute is the strongest of the other albums, covering the widest scope and allowing Cash to tie together several singing and songwriting traditions. Cash's two Western-song albums make a natural pairing, as do his two albums of railroad-related songs. The last of the four discs, encompassing From Sea to Shining Sea and The Rambler, is a logical pairing, the latter album being the realistic, somewhat theatrical contemporary equivalent to the former's folk music/history travelogue. Most of the dialogue sequences don't work too well, but the best of the songs come up to Cash's highest standard. Unlike other Bear Family boxes, the book in this one forgoes a detailed sessionography in favor of reprinting original album jacket notes and a good essay by Bob Allen.

Title: Come Along & Ride This Train

Come Along and Ride This Train

When Papa Played the Dobro

The Legend of John Henry's Hammer

Waiting for a Train

Pick a Bale of Cotton

The Ballad of Boot Hill

I Ride an Old Paint

The Streets of Laredo

A Letter from Home

Bury Me Not on the Lone Prairie

As Long as the Grass Shall Grow

The Ballad of Ira Hayes

To the Shining Mountains

The Battle of New Orleans

On Wheels and Wings

Come Take a Trip in My Airship

Reaching for the Stars

These Are My People

From Sea to Shining Sea

The Whirl and The Suck

Call Daddy from the Mines

The Walls of a Prison

She Came from the Mountains

Another Song to Sing

From Sea to Shining Sea

Hit the Road and Go

If It Wasn't for the Wabash River

Come Along and Ride This Train