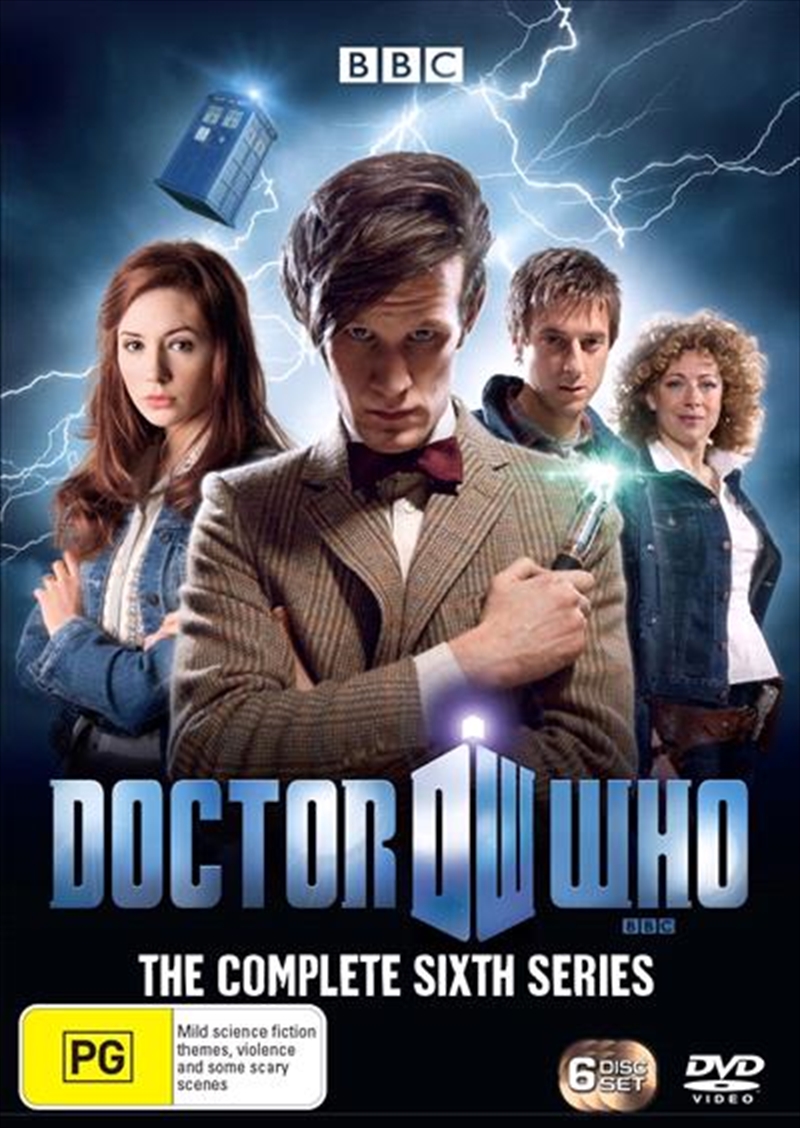 Shipping - See delivery options.
Postcode:
Quantity:
SEE MORE IN:
Doctor Who - All The DVDs & Merch BBC
DESCRIPTION
Matt Smith returns as the Eleventh Doctor in Series 6 of Doctor Who in 13 thrilling, brand new episodes. The Doctor together with newlyweds Amy and Rory face monsters, mysteries and adventures across time and space. They find themselves in Sixties America, battling the invasion the world forgot, then journey on the high seas of 1696 aboard a pirate ship, to solve the mystery of the Siren. They encounter the greatest war criminal in all of history - and Hitler. They also discover there's no scarier place in the universe than a child's bedroom and a visit to an alien quarantine facility reveals to Rory a very different side to his wife. The truth about River Song is out and the time has come for the Doctor to face his greatest demons. In a hotel where walls move, corridors twist and rooms vanish, death lies waiting. But the Doctor's time has yet to come. He has one last stop to make on his final journey - an old friend needs his help and an old foe must be defeated.
DETAILS