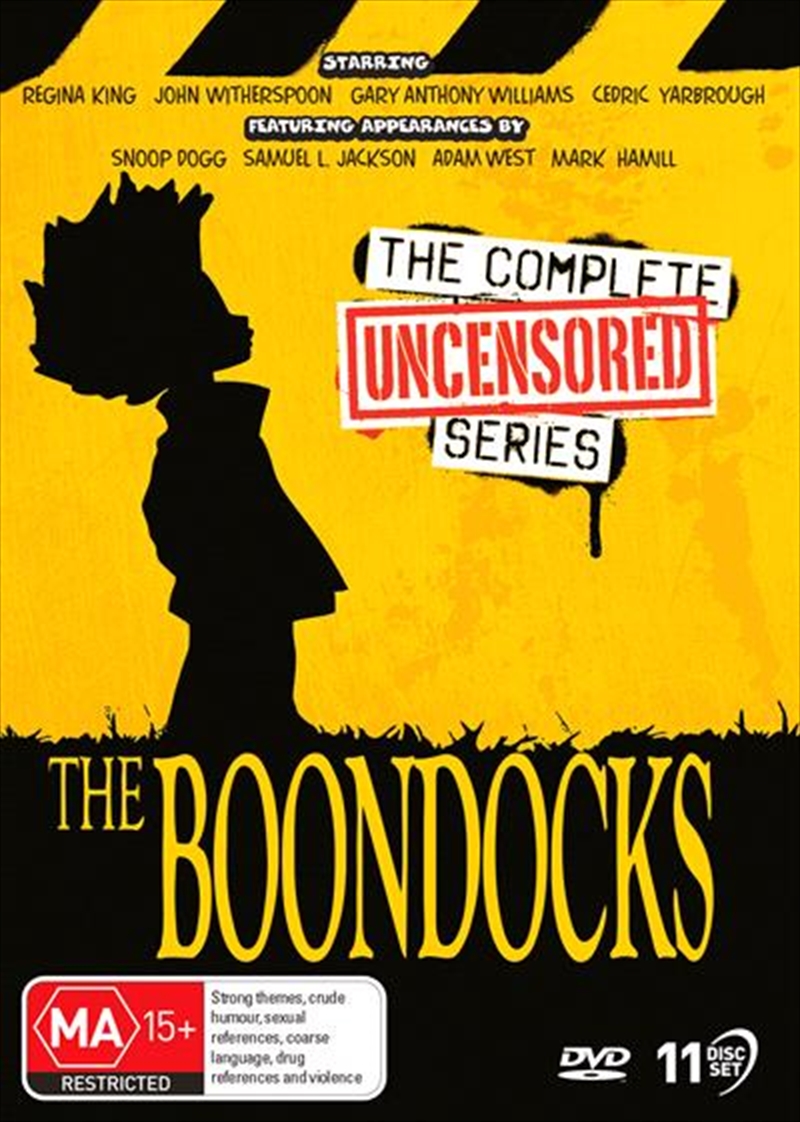 Want to click and collect? Check store availability
DESCRIPTION
The Boondocks is Aaron McGruders boundary-busting series based on his provocative comic strip. A breakout hit on Cartoon Network's Adult Swim, it was nominated for a 2006 NAACPS image award. Join Huey, a ten-year-old leftist revolutionary, and his eight-year-old misfit brother, Riley, as they leave the rough Chicago south side for the relative peacefulness of the suburbs. Although the boys torture each other and provoke the neighborhood, they are still no match for Granddad, who is eccentric even by 'crazy-ass-old-black-man' standards.
DETAILS