Ow - Live At The Penthouse 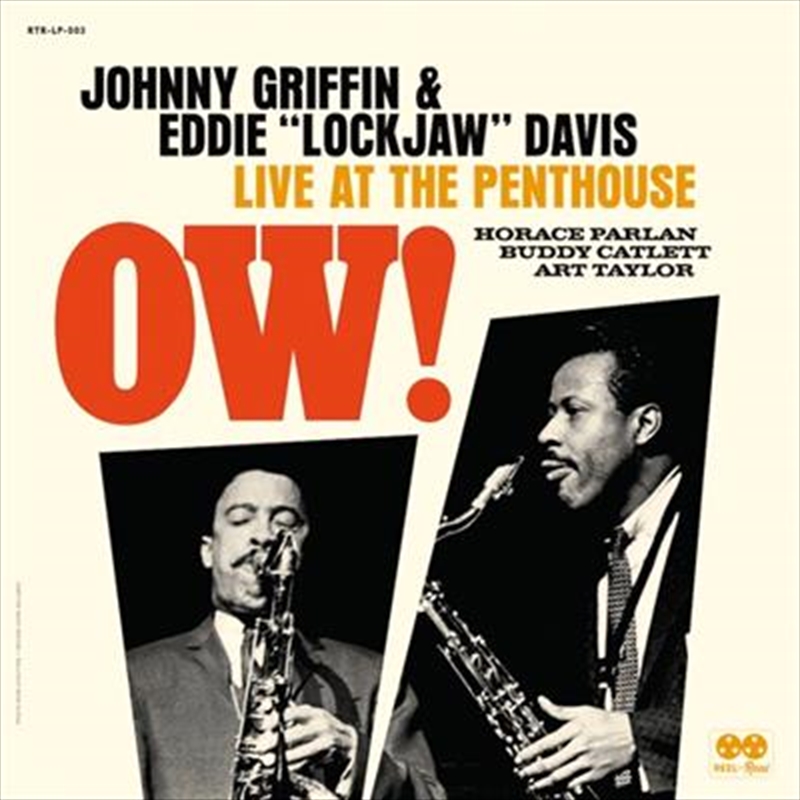 Ow - Live At The Penthouse

Nicknamed "the Little Giant" for his short stature and forceful playing, Johnny Griffin's career began in the early 1940s and continued until the month of his death in 2008. A pioneering figure in hard bop, Griffin recorded prolifically as a bandleader in addition to stints with pianist Thelonious Monk, drummer Art Blakey, in partnership with fellow tenor Eddie "Lockjaw" Davis and as a member of the Kenny Clarke/Francy Boland Big Band after he moved to Europe in the 1960s.

Eddie “Lockjaw” Davis played with Cootie Williams, Lucky Millinder, Andy Kirk, Eddie Bonnemere, Louis Armstrong, and Count Basie, as well as leading his own bands and making many recordings as a leader. He played in the swing, bop, hard bop, Latin jazz, and soul jazz genres. Some of his recordings from the 1940s also could be classified as rhythm and blues.

Title: Ow - Live At The Penthouse

Blues Up and Down

How Am I To Know'