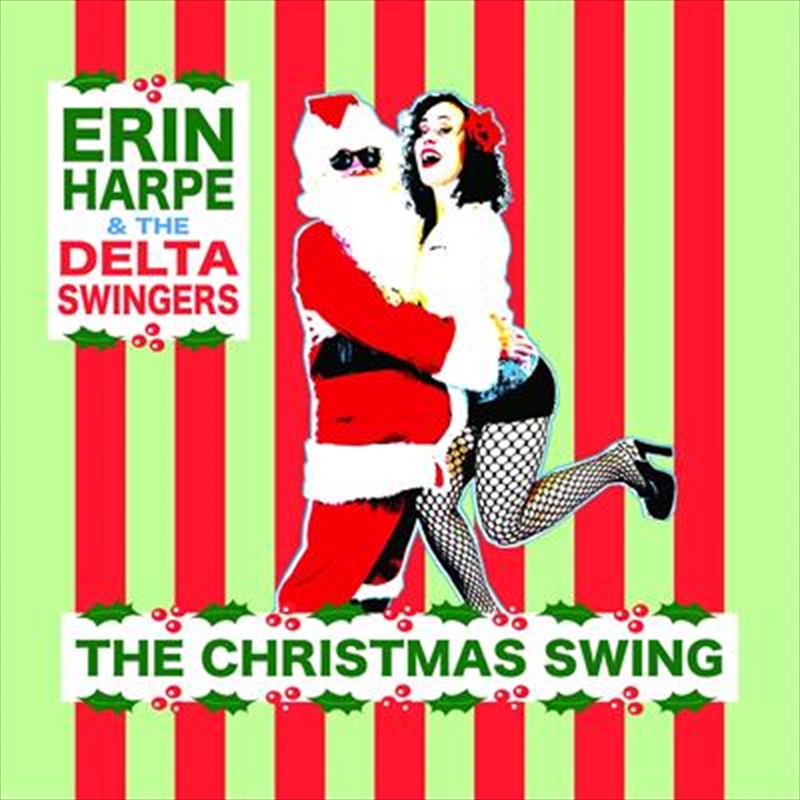 Erin Harpe & the Delta Swingers are releasing their popular 2018 holiday release, the Christmas Swing on VINYL on November 8, 2019. Erin Harpe has been called one of the most dynamic, talented and exciting roots rocking blues women on the scene by Living Blues Magazine. Erin Harpe & the Delta Swingers, her Boston Music Award-winning band, released their first ever holiday album, THE CHRISTMAS SWING, on their own Juicy Juju label, through the VizzTone Label Group in 2018.

Following up their acclaimed 2017 sophomore album, BIG ROAD, the new holiday album is a fun seasonal romp chock full of hooky blues-guitar-fueled gems that you ll want to listen to each year as the holidays approach.

Her well-known kazoo also makes an appearance on the Smith tune and the (not really holiday-themed, but festive) Bo Carter number Drink and Get Drunk , as well as on closer Auld Lang Syne. The record features Erin Harpe on electric, slide and acoustic guitars and vocals, as well kazoo and percussion; Jim Countryman on bass, claps, and snaps; Matt Charles Prozialeck on harmonicas; and Chris Anzalone (Roomful of Blues) on drums and percussion. With special guests John Juxo on piano and Richard Rosenblatt on harmonica. We had a lot of fun making this album.

It s a holiday album for music fans that don t necessarily like Christmas music, declares Erin, it s just good music, that will make your holidays more fun! Whether you celebrate Christmas, or just like holiday music, Erin guarantees fans will love this non-traditional take on Christmas musi

3. The Night Before Christmas

4. At The Christmas Ball

8. Drink And Get Drunk