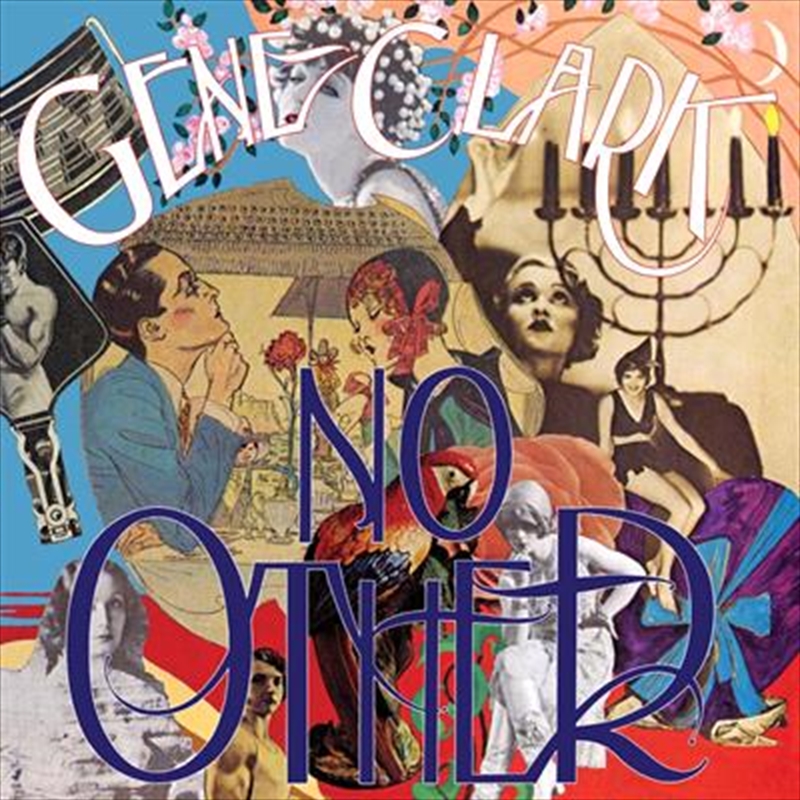 Gene Clark No Other CD

4AD are thrilled to announce the reissue of Gene Clark's 1974 masterpiece No Other - one of the American singer-songwriter and Byrds founding member’s finest works. Recorded at the Village Recorder in West Hollywood and produced by Thomas Jefferson Kaye, No Other was originally released in 1974 on Asylum Records, coming a year after the Byrds short-lived reunion. Reaching for the stars, Gene delivered a visionary record of psychedelic rock, folk, country and soul which famously cost a small fortune to make (“It took a lot of time in the studio before we could actually get the songs to the point we wanted them,” Gene said in 1977). The original tapes have been remastered at Abbey Road, a stunning 5.1 Surround mix of this album created for the first time (done by Neil Wilkes and B.J. Cole), and both the in the studio and promotional photoshoots have been located. Furthermore, all the studio takes have been forensically worked on and mixed by the duo of Gene Clark aficionado, author and Long Ryders frontman Sid Griffin and John Wood, the producer famed for his work with the likes of Nick Drake, Sandy Denny and Squeeze.

The original eight-track album is being released on both CD and LP with the design kept as close to the 1974 original as possible.A limited run double CD edition housed in a hardbound book cover sees the original album being released alongside a bonus disc of alternate studio versions of each track plus a recording of 'Train Leaves Here This Morning' (an Eagles hit in 1972, written by both Gene and Eagles founding member Bernie Leadon).

Excitingly, the deluxe boxset edition fans have been waiting for has also been lovingly curated. An extremely limited item, the box contains the LP pressed on silver vinyl, three SACDs (a multi-layer SACD of the original album housed in an authentic Japanese vinyl replica sleeve printed by the Ichikudo Company plus two further SACDs of session mixes and radio edits), an exclusive 7”, a comprehensive Blu-ray disc package which includes HD versions of all tracks, a 5.1 surround mix of the album, the original 1974 vinyl master and an exclusive documentary by Paul Kendall (an edit of his acclaimed 2013 film, The Byrd Who Flew Alone: The Triumphs and Tragedy of Gene Clark), and a hardbound 80 page book which features essays, extensive liner notes and previously unseen photos.

Coming on the eve of Gene’s 75th birthday, this reissue serves as both a celebration for fans and an introduction to soon-to-be fans. There really is no other like No Other.

5.From A Silver Phial

8.Lady Of The North