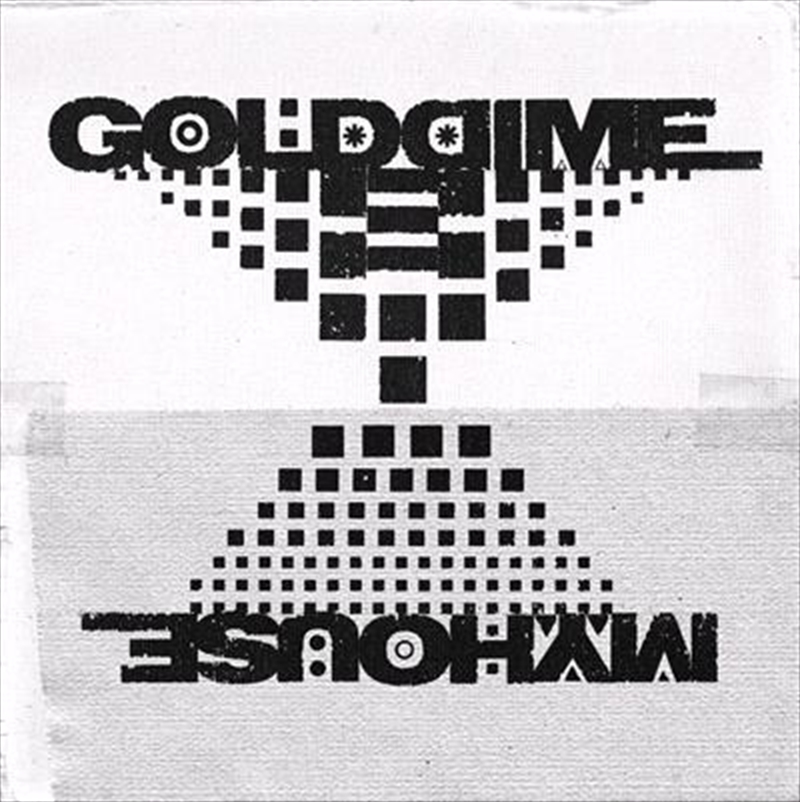 Sometimes we can only come to know ourselves best when we let others in. Such can certainly be said of NYC multi-instrumentalist and artist Andrya Ambro, and her band Gold Dime, on the eve of their second full-length My House. See, she’s played these instruments and crafted these songs her entire life, having honed her decisive sit/stand style of transfixing drumming and provocative singing to a degree of perfectionism. Coming from her previous, highly acclaimed noisy rock duo Talk Normal, Gold Dime’s first release, 2017’s Nerves, was the first time Ambro has had no one to answer to but herself. My House sees a new, more collective effort being made, with Ian Douglas-Moore on bass and John Bohannon (Ancient Ocean || J.R. Bohannon) on guitar. And it very much shows. Walking a tightrope between unapologetic art rock and disarming intimacy, she integrates triumphant doubled guitars whose distorted fuzz winks at the mayhem of Les Rallizes Denudes, deep floor toms that quick pivot to galvanizing beats on a bed of dead spinning cymbals, to sometimes spoken, sometimes sung Laurie Anderson-esque words that uplift into a many voiced choir. And the warm bass lines, well they would make Holger Czukay from CAN very proud.

My House, according to Ambro, is intended to be something of a gruff father’s declaration at dinner, fist slamming on the table, but rather than the stubborn, undying manners that would come with “living under my roof,” she only demands that everything be done with the same degree of tireless dedication and authenticity. “I want every beat to be played with intention. ‘Cause why play if you don’t mean it?” Every moment of this album acts as just that—a demand to own something, whether it be self or art or place in this world. We have no choice but to listen, to respect it. This is her house... well Gold Dime’s house.

Produced by Andrya Ambro recorded and mixed by Ernie Indradat, mastered by Sarah Register with artwork and layout by Eric Copeland.