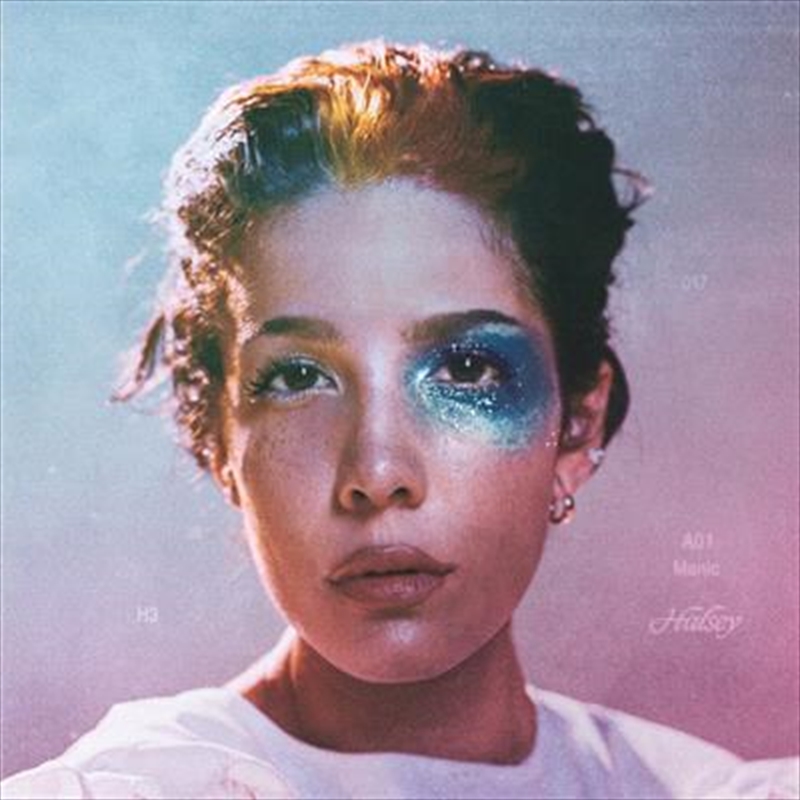 Manic includes her new single “Graveyard”, of which Halsey said, "The song is about being in love with someone who is in a bad place and loving them so much that you don't realise that you're going to that bad place with them. It's also about learning to care about yourself enough not to follow them there".

After listening to Halsey’s third studio album ‘Manic’ from start to finish just once through, you will be able to confidently say that this is her most cohesive and strongest record to date. The sixteen track album is an immersive body of work that allows you into the most honest, and reflective parts of her mind. Going through her battles with bipolar, heartbreak, trauma and self realisations, ‘Manic’ hears her coming out on the other side feeling empowered and confident with who she is as a person which also translates into her confidence within her artistry. Using this record as a raw confessional, her singles ‘Graveyard’, ‘Without Me’, ‘Clementine’, ‘You Should Be Sad’ and ‘Finally/ Beautiful Stranger’ perfectly map that exploration out. But it’s the previously unreleased new songs that dive even deeper and will have your heart racing, tears welling and feels flowing. Opening track ‘Ashley’ plays as a perfect introduction to the record as she bares her real name to listeners and fore-warns the personal exploration that this album takes people on. Then your lead into tracks like ‘I HATE EVERYBODY’ which reclaims her confidence and explores respect while the angsty ‘3AM’ gives me nostalgic Avril Lavigne vibes. Reflecting on those alcohol fuelled calls for reassurance, she also notes how alcohol can be a dangerous thing that can affect your mental health. With a country-rock production with an angsty delivery, this song is utterly relatable for any anxious soul. The gorgeously penned ‘More’ is a clear standout on the record because of it’s raw nature. Reflecting on her suffering of Endometriosis and the three miscarriages she’s suffered, this song hears her longing for her unborn child and what the future will hold for her. It’s such an emotionally evoking song that sits in a dreamy sonic and will have you immediately feeling every single emotion that is buried in this track. As she continues to diver deeper into her thoughts ‘Still Learning’ is the self-love track we all need to embrace as she reflects on the struggles she still has with her own self esteem. But closing the record is the freestyle themed ’929’ which doesn't hold back from delivering final confessions. The delivery is like a spit fire of truths as she reflects on the last couples of years and the way she looks at past lovers, fame and her mental health. It’s a really different and captivating moment that perfectly closes this confessional record. The album is divided up by some interludes that feature Alanis Morissette, Dominic Fike and Suga from BTS. Each of these interludes offer something unique and different to the balance of the record and immerses herself in a different style. The whole record is truly mesmerising and raises the bar for fellow pop acts that are wanting to release something deeply personal and riveting, because she really just honed that vision perfectly.