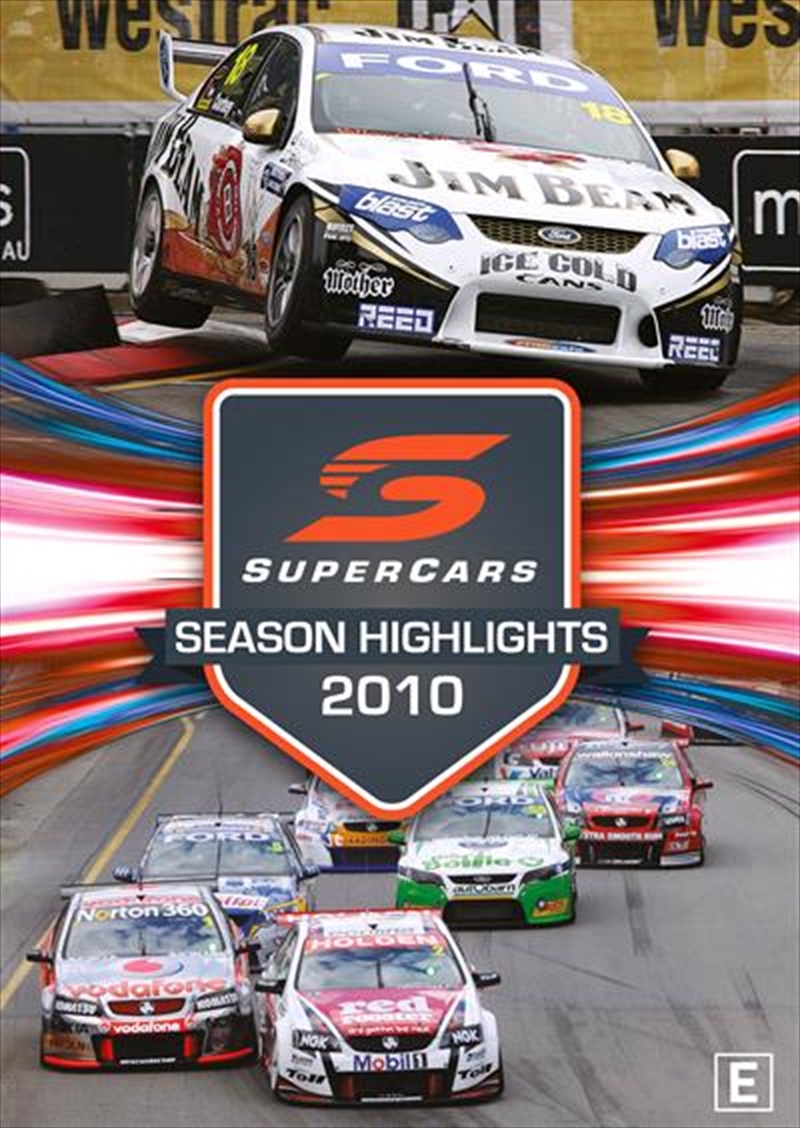 SEE MORE IN:
Supercars - Championship Series
DESCRIPTION
The 2010 V8 Supercar Championship Series will be remembered as one of the most remarkable seasons in touring car history, when Jim Beam Racing's James Courtney and Team Vodafones Jamie Whincup fought a thrilling battle right to the final race. The season began with a double-header in the Middle East the Yas V8 400 in Abu Dhabi and the Gulf Air Desert 400 in Bahrain followed by the first challenge for 2010 on Australian soil, the Clipsal 500 in Adelaide. James Courtney took the lead early on but defending Champion Jamie Whincup was never more than an arms reach from stealing the title. Courtney's lead was reduced after finishing fifth in the Supercheap Auto Bathurst 1000. The great race started with the most spectacular crash ever seen on an opening lap when Fabian Coulthard rolled his car six times doing 290km/h at the bottom of The Chase. In the end it was an all-Holden podium at Bathurst, Craig Lowndes and Mark Skaife taking the coveted Peter Brock Trophy. Next, the Armor All Gold Coast 600 continued the endurance action with an unprecedented format which saw the V8 Supercar teams paired with 18 international co-drivers, including the likes of Dario Franchitti and Jacques Villeneuve. As the season finale approached, the Championship was down to the wire. Courtney still defied rival Whincup, but only by a marginal 53 point lead and Mark Winterbottom was still in contention for the title. It would be the ultimate Ford and Holden Clash. Witness the amazing highlights and re-live all the suspense and drama of the 2010 V8 Supercar Championship Series.
DETAILS